The $2 note was first issued in 1862 as a United States Note (Legal Tender Note). It was used continuously until 1966 when the only class of US currency it was then assigned to, United States Notes, began to be discontinued. In 1976 use of the two-dollar denomination was resumed as part of the United States bicentennial ($2.00 is equal to two hundred cents) and the two-dollar bill was finally assigned as a Federal Reserve Note, with a new design on the back featuring an engraved reduction of the painting, "The Signing of the Declaration of Independence," by John Trumbull, replacing the previous design of Monticello. The original Trumbull painting portrayed 47 people, 42 of whom were signers of the Declaration (there were 56 total). However, because of limited space on the note 5 of the 47 people in the painting are not included on the engraving (on the far left and far right of the painting).

First day issues of the new bicentennial $2 bills could be taken to a post office to get a 13¢ stamp postmarked "Apr 13 1976"  April 13 honors the original colonies and Thomas Jefferson's birthday (Jefferson wrote the Declaration of Independence).

At the time, the United States Postal Service also introduced a State stamp set featuring the State flags of all 50 States. The collection contains one note with a State flag stamp from all 50 states. 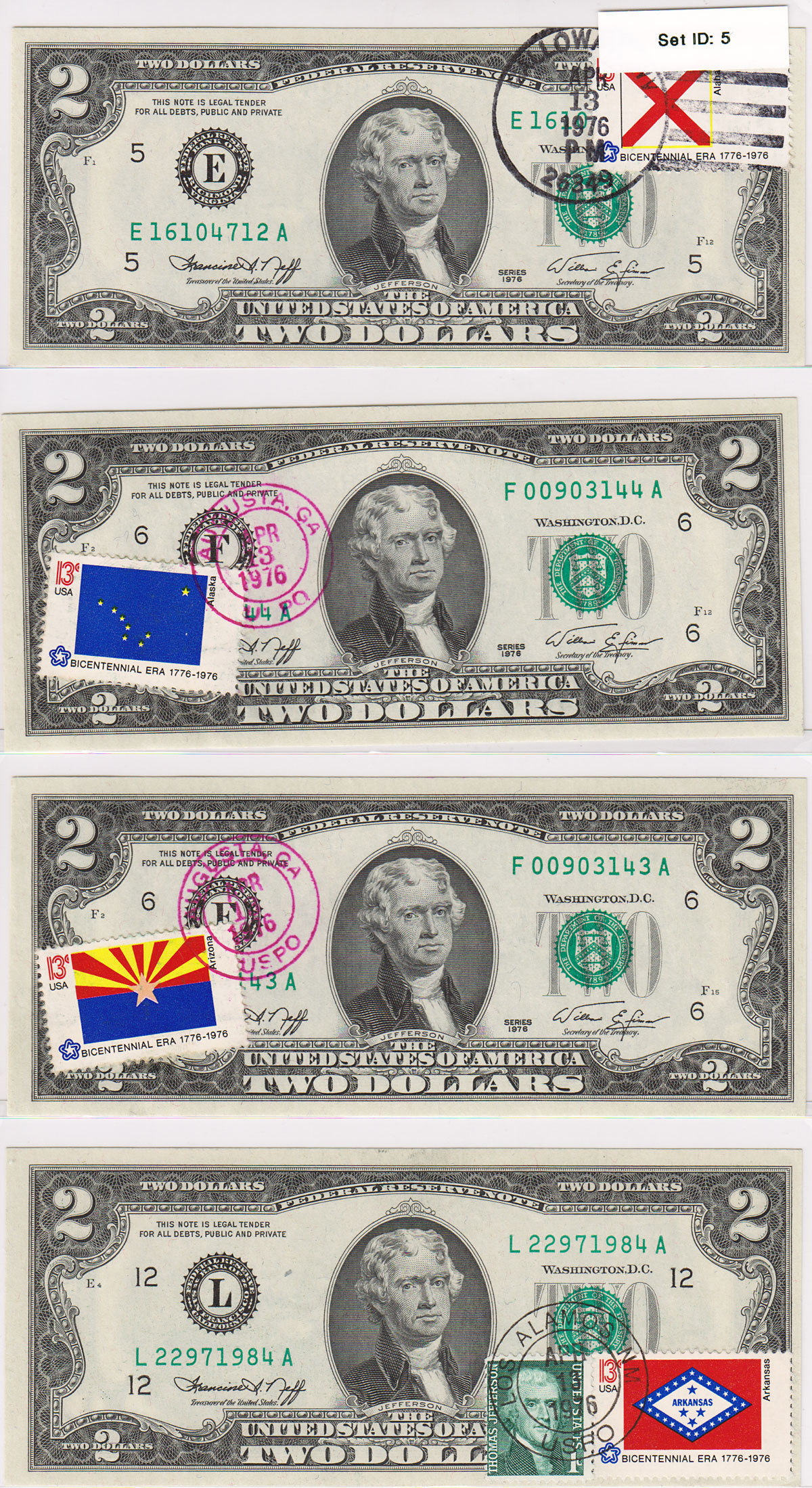 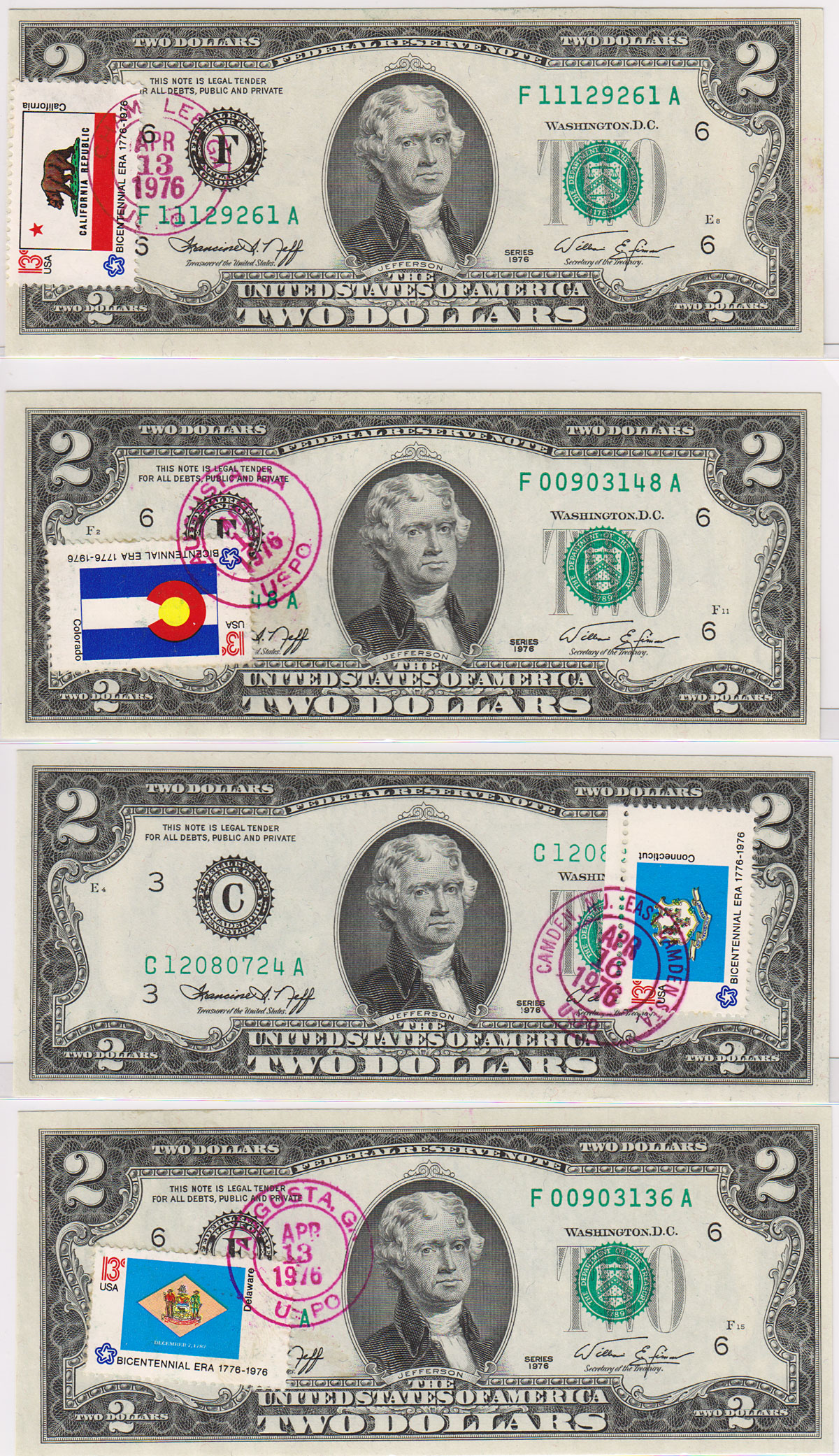 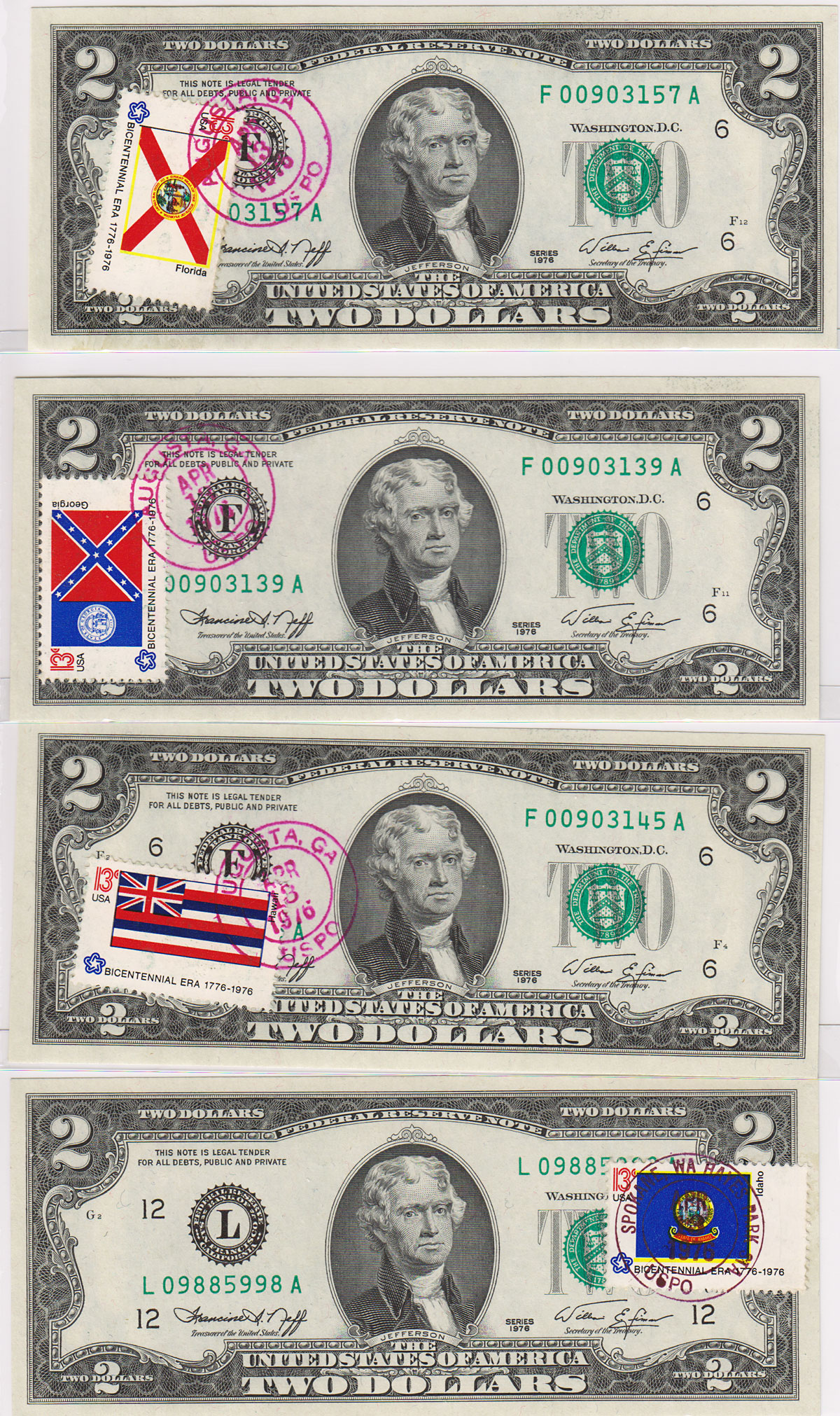 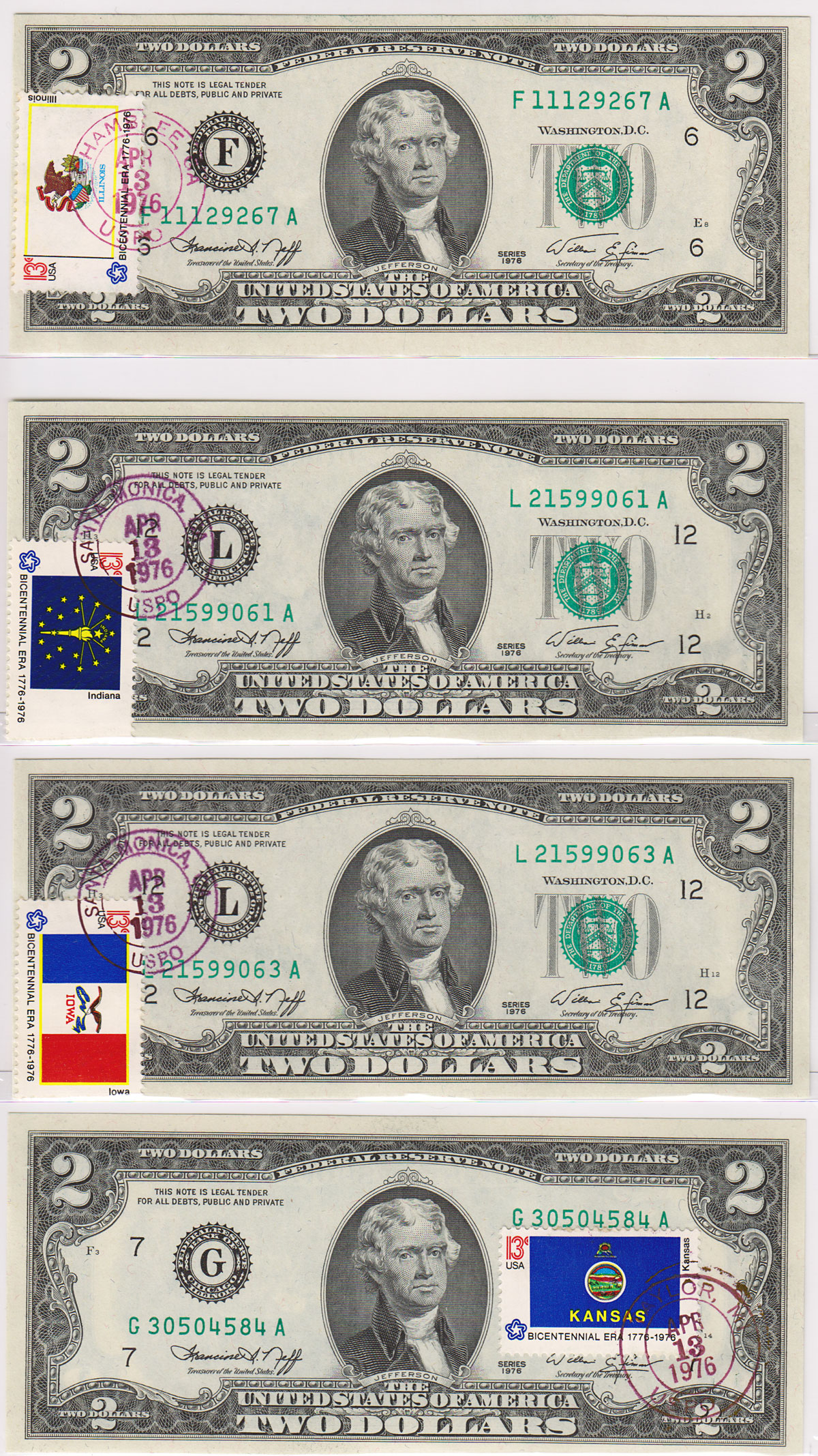 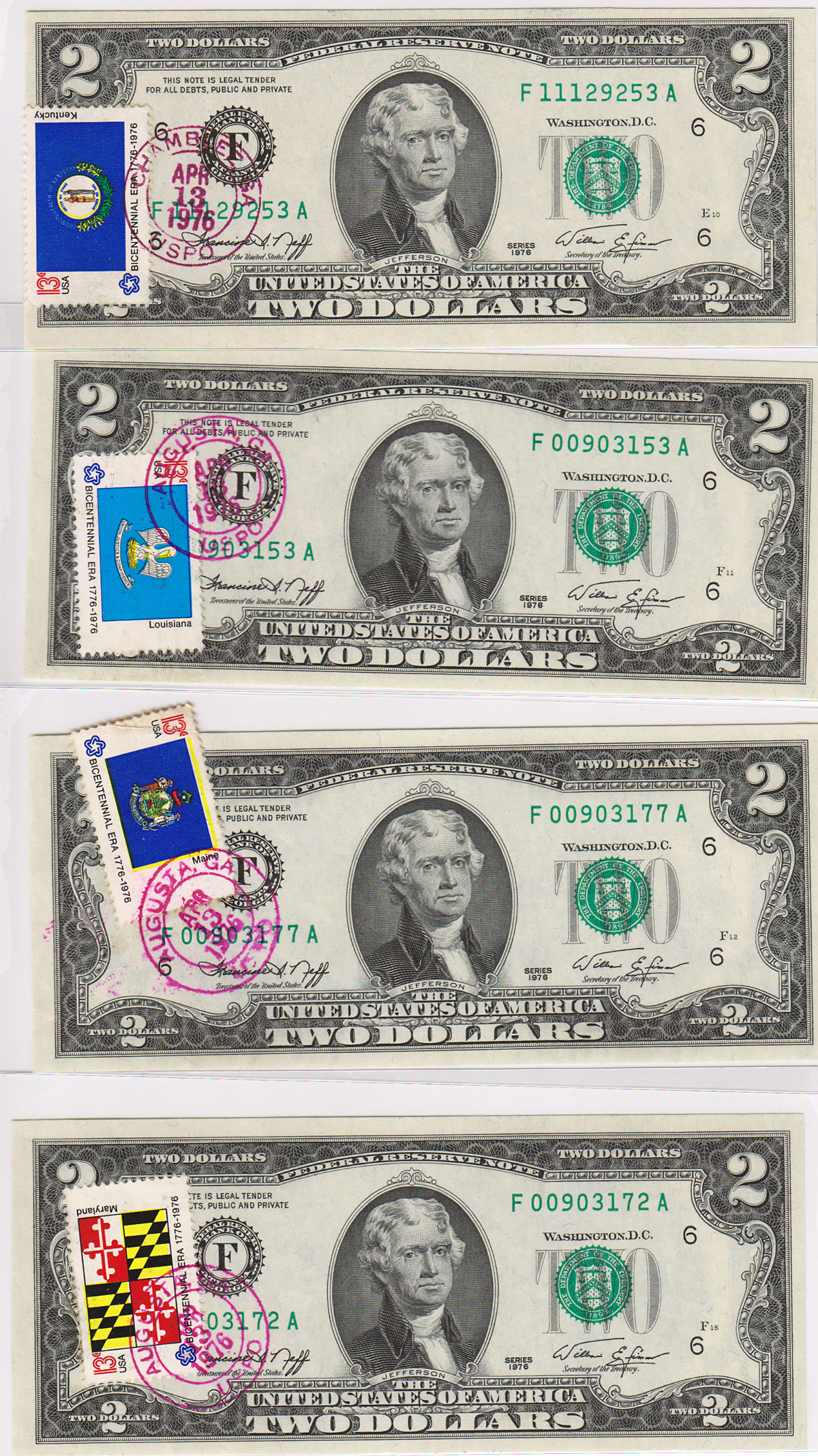 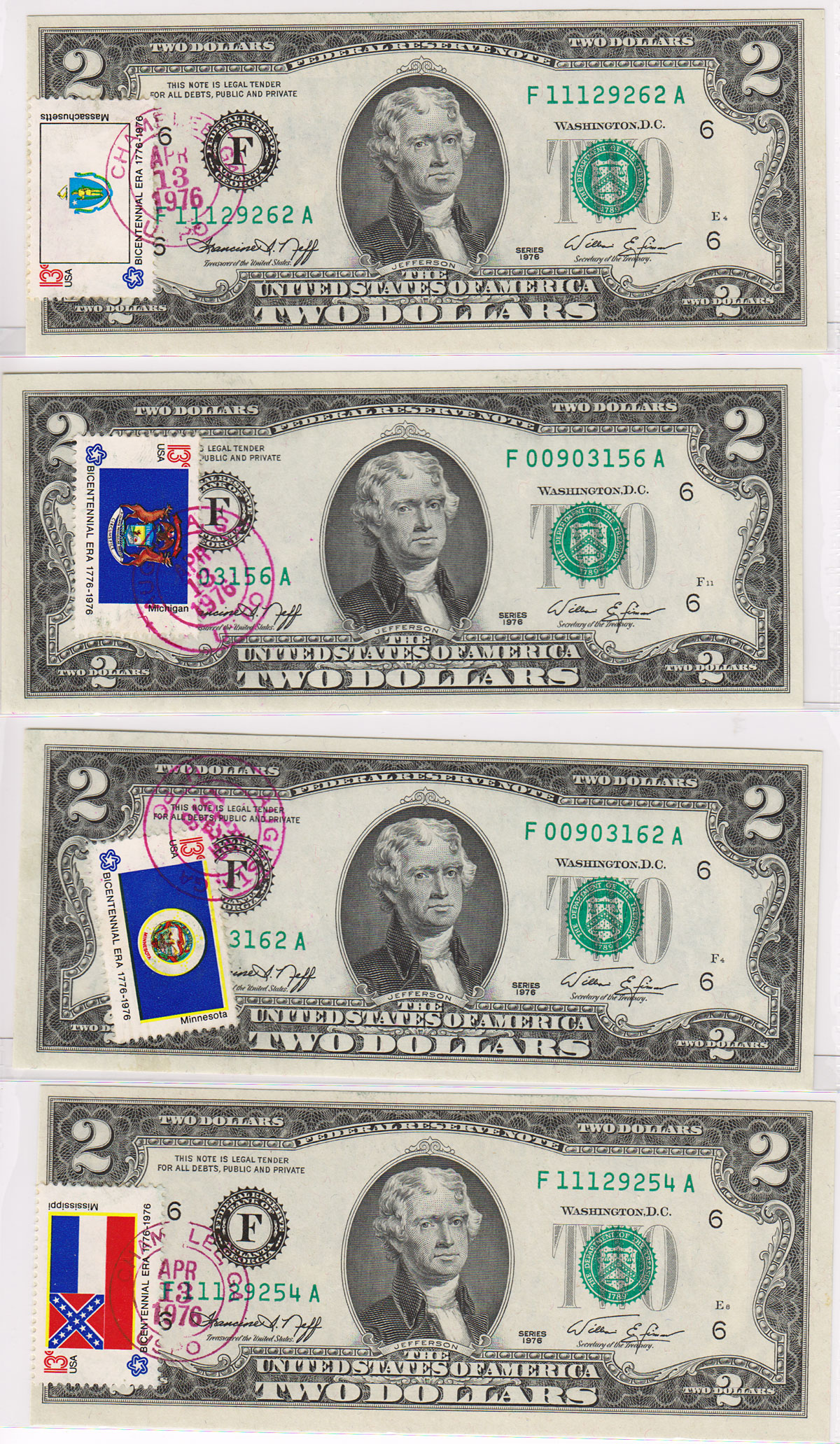 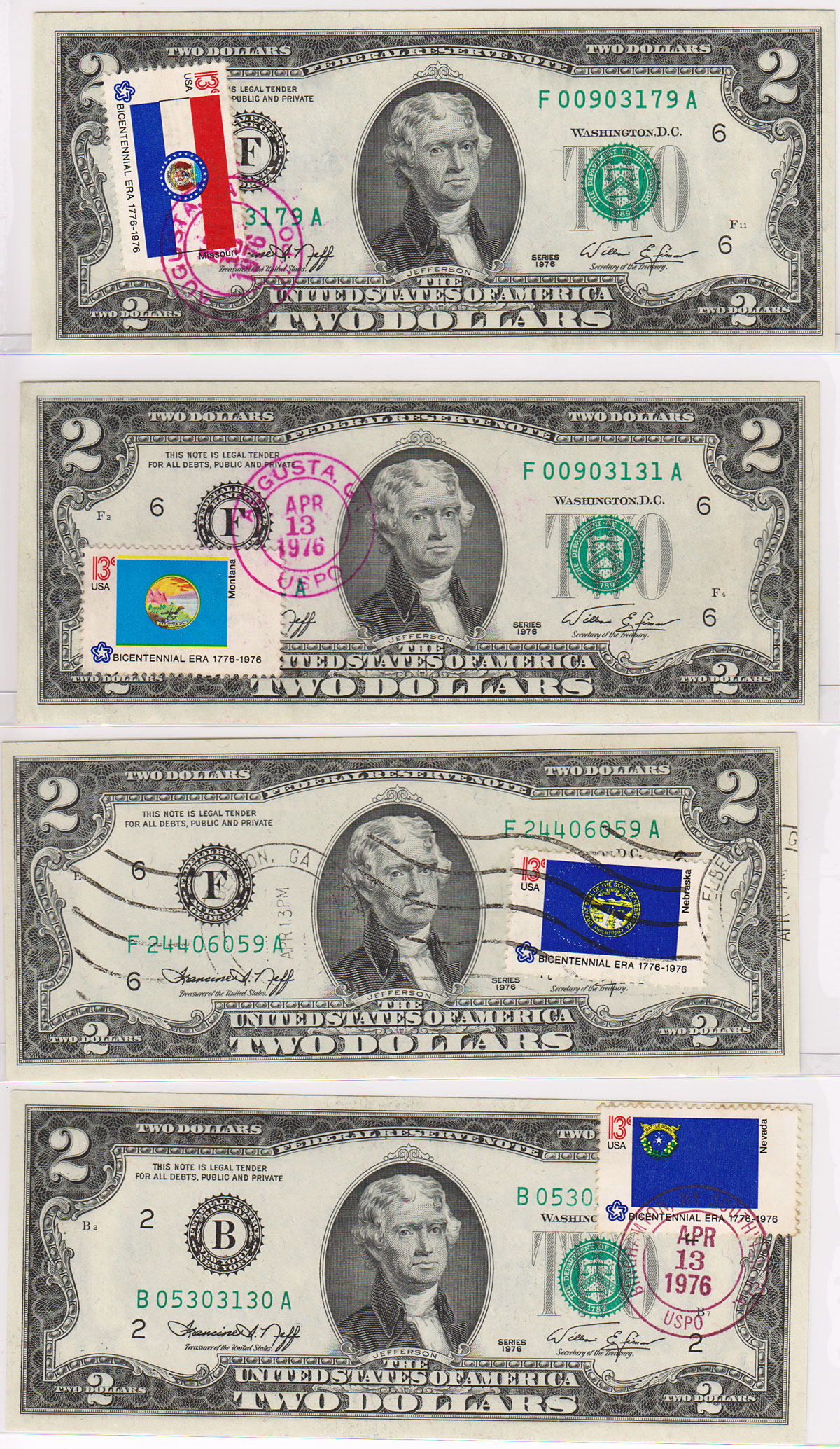 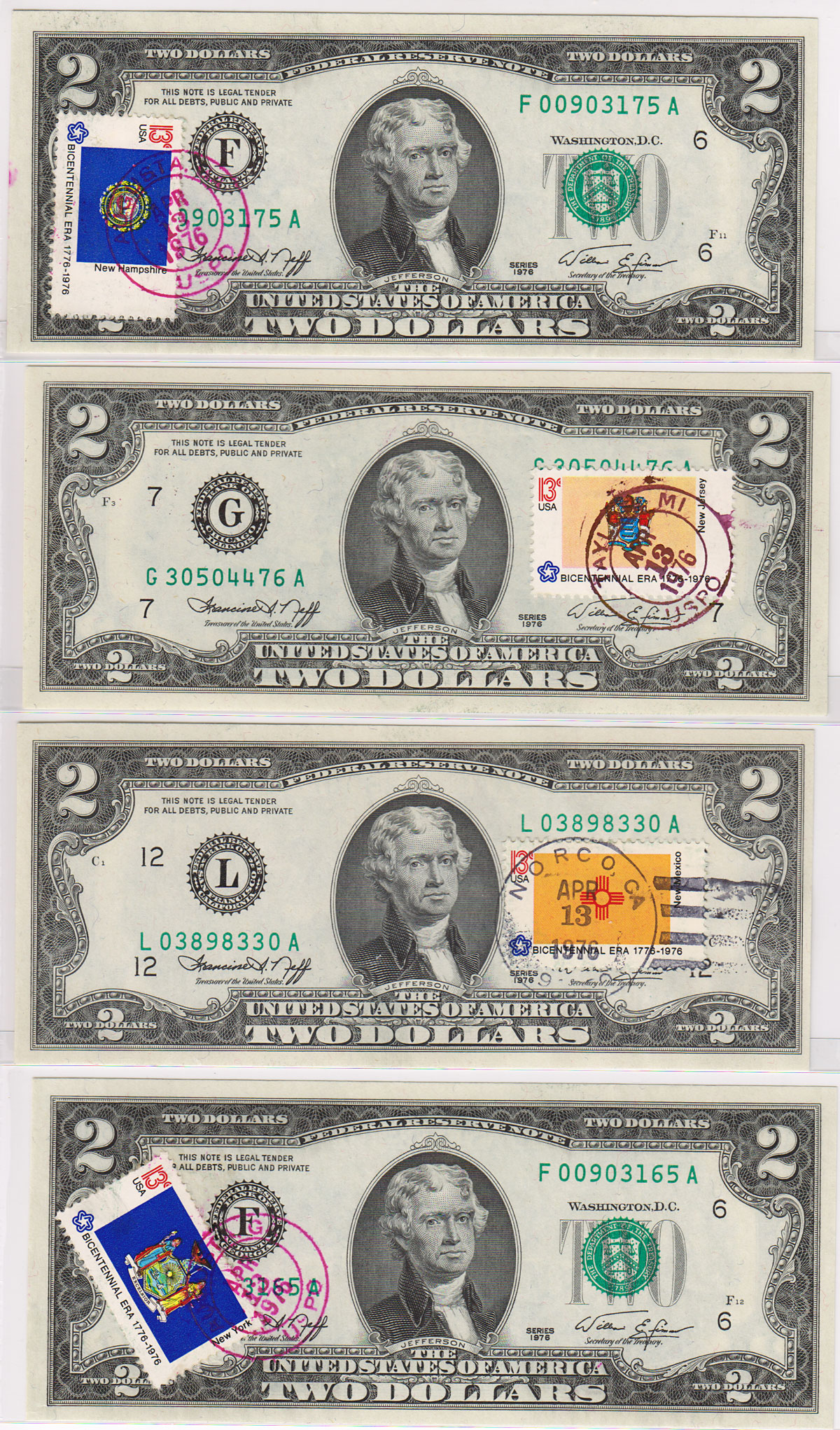 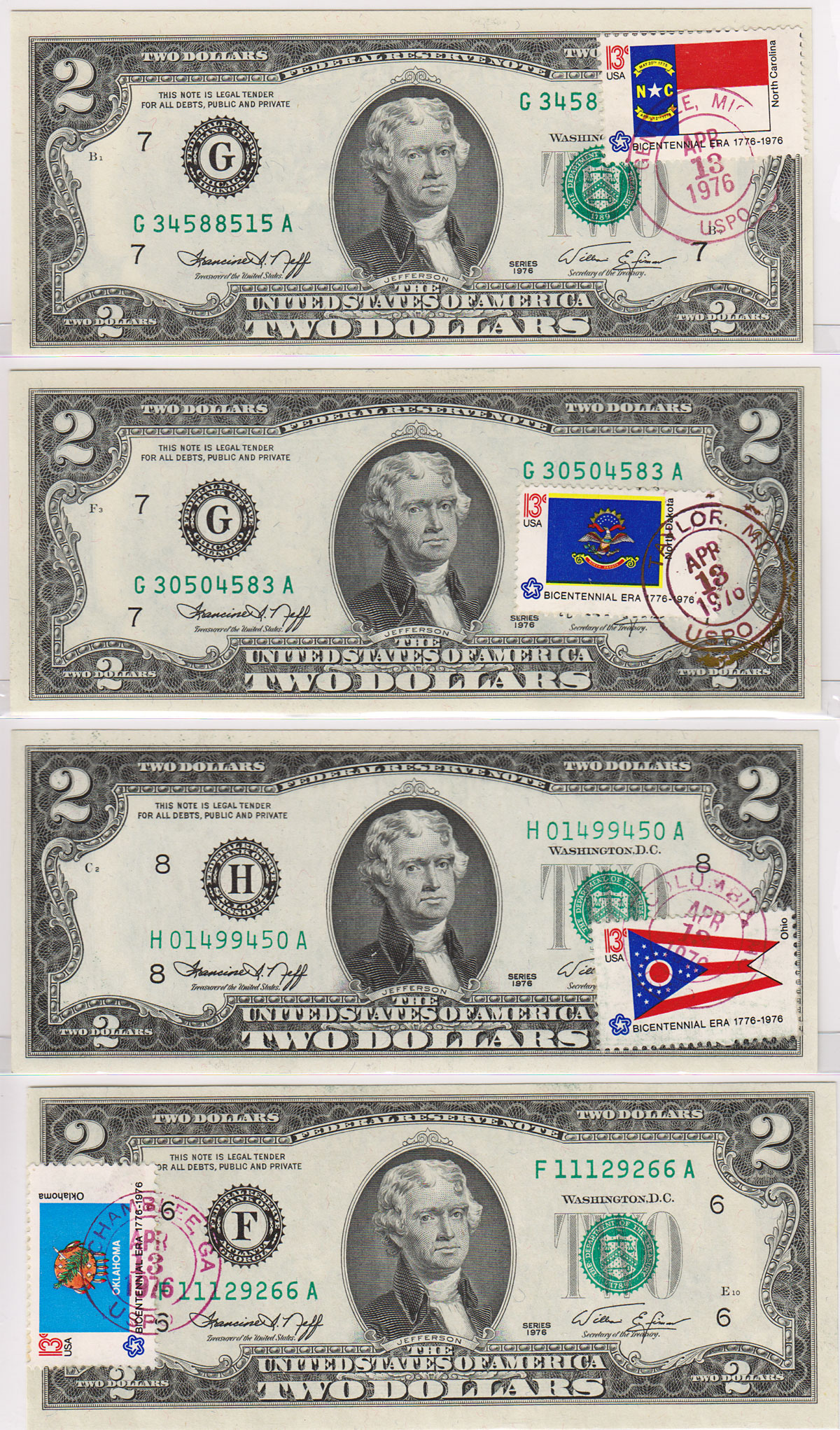 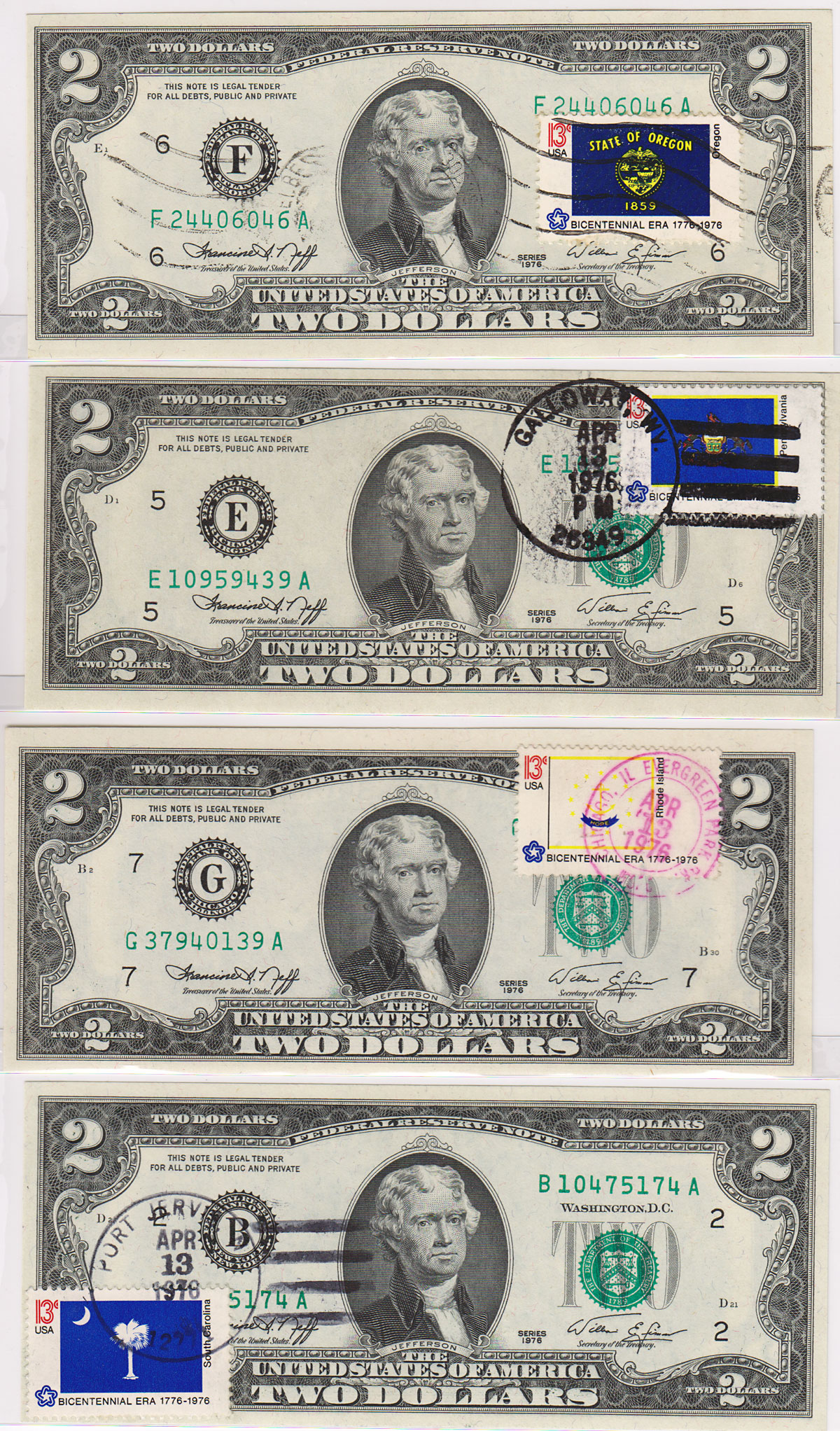 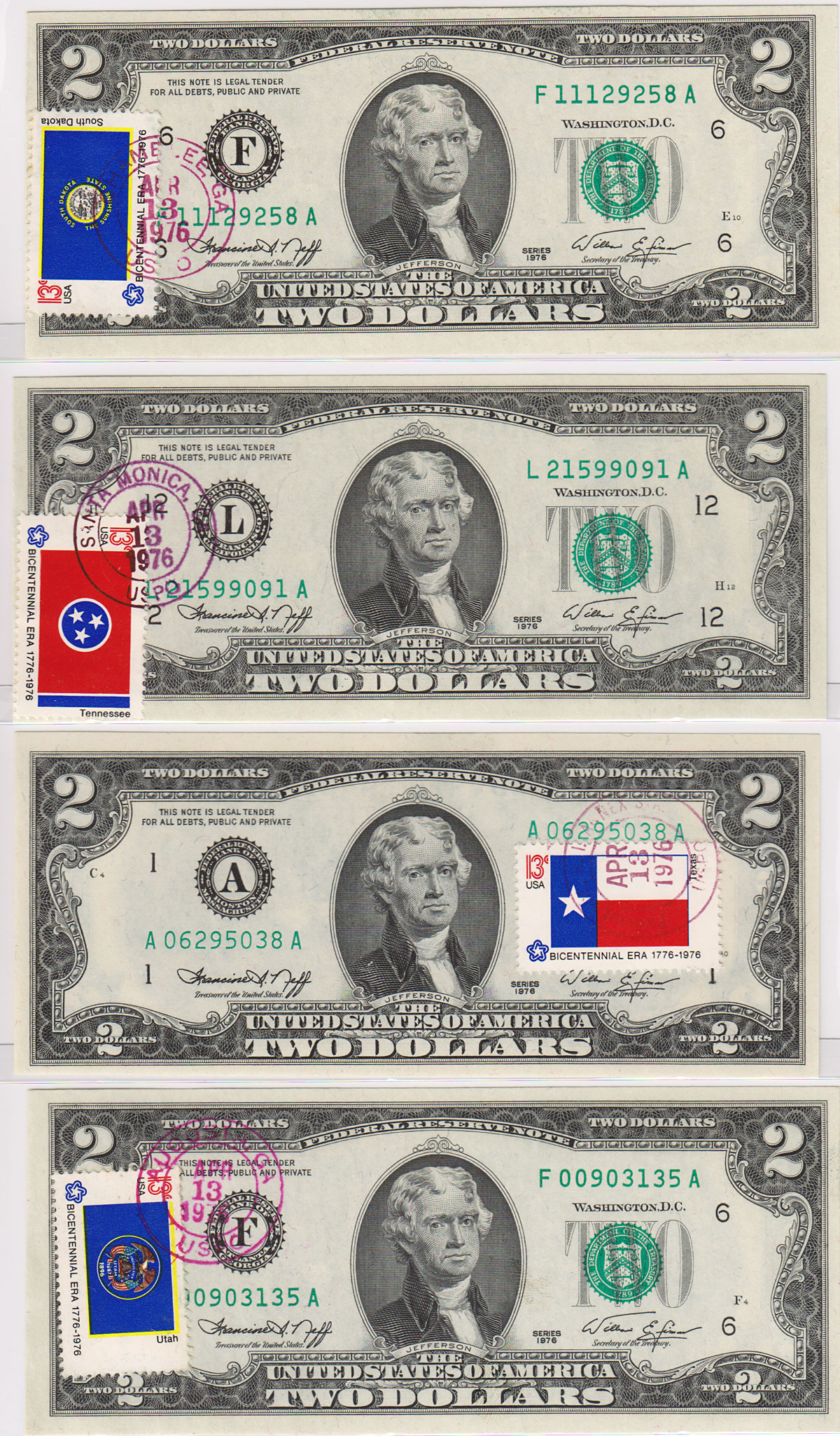 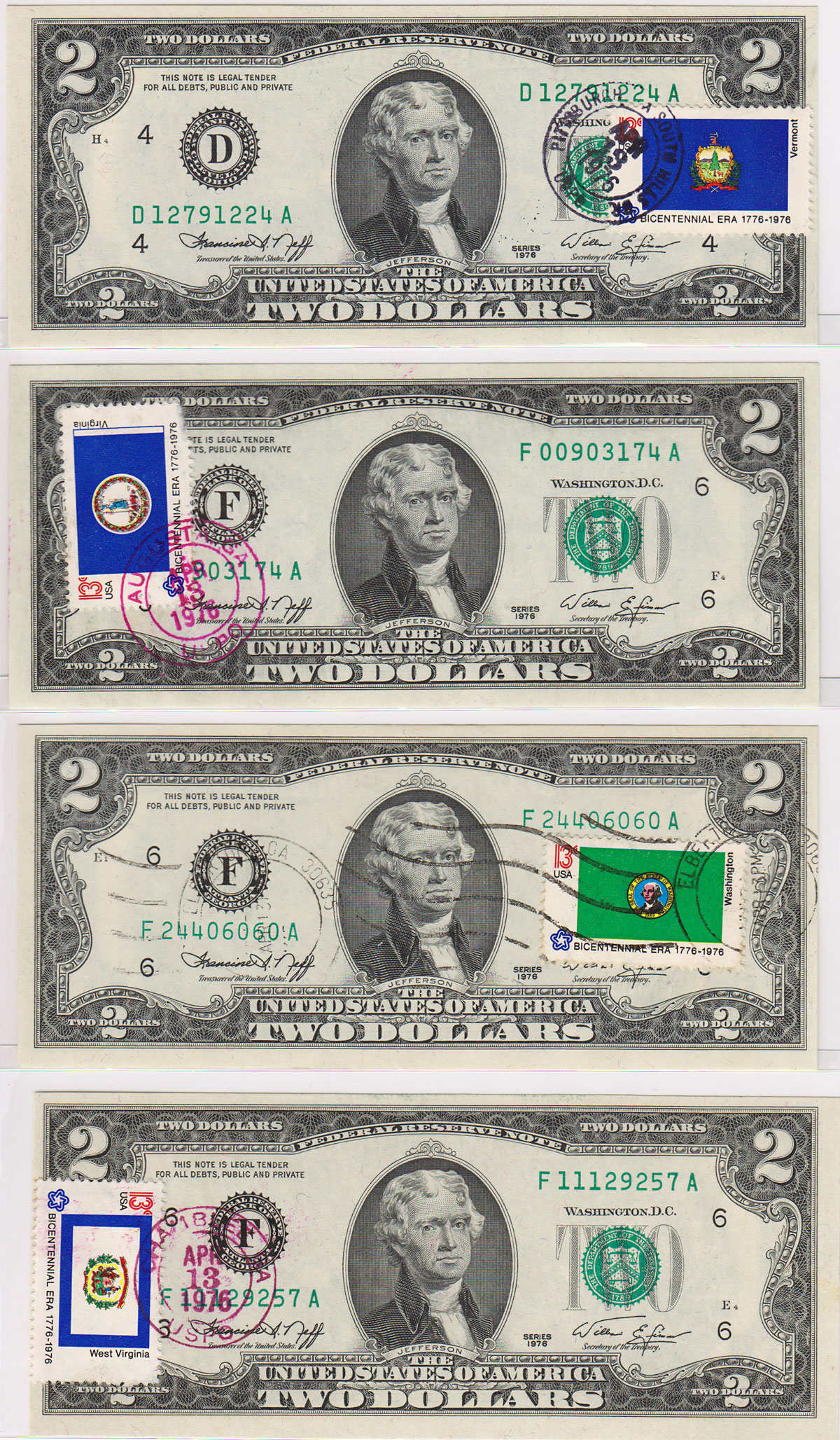 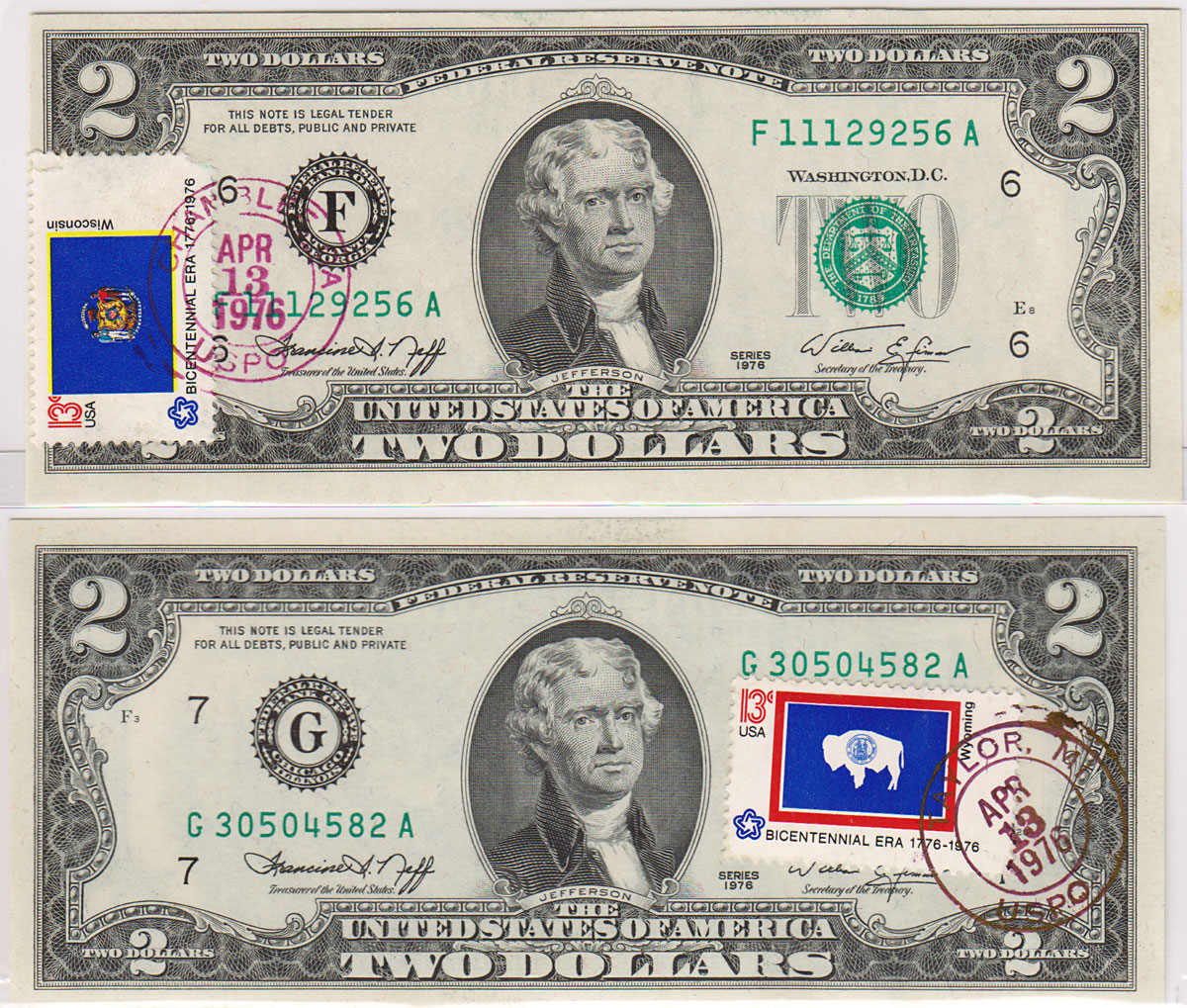