About 18 months ago, there was a minor scandal when the Pentagon eschewed the already tested and ready for deployment Israeli Trophy active protection system in favor of the Raytheon APS system.

Given what was happening in Iraq, it was concluded that someone was to close to US contractors, and too distant from troop needs.

The Naval Surface Warfare Center, Dahlgren Division, has declared the system Technology Readiness Level 9, which means that it is ready for immediate deployment, and ordered a set.

He also says that the permanent bases are proceeding because the “very serious people” (My term) in DC are enabling it.

I agree on both counts.

Fascinating. It’s clear that he is criticizing Obama with this statement:

Yet the Democratic candidates — with the exception of John Edwards, who opened his campaign in New Orleans’ Ninth Ward and has made addressing poverty central to his campaign — have virtually ignored the plight of African Americans in this country. The catastrophic crisis that engulfs the African-American community goes without mention. No urban agenda is given priority. When thousands of African Americans marched in protest in Jena, La., not one candidate showed up.

Truth be told, I agree.

Among the serious candidates*, only Edwards is talking to issues of inequality and poverty.

In fact, Obama’s basic message, one of “bipartisan civility” pretty much excludes any discussion of the divide between the haves or have nots, because such a discussion would inevitably lead to people saying nasty things to each other.

This is why we do not need a conciliator in chief.

Well, this throws a kink in bush’s Iraq forever plans. It appears that Article 58, Section 4 of the Iraqi constitution requires the Iraqi parliament to “international treaties and agreements by a two-thirds majority.”

In Rochester, New Hampshire. Edwards and Obama have offices nearby, and their offices have been evacuated, though it appears to be a lone nut, as a precaution.

Clinton has canceled her DNC speech as a result.

The Iranians have put it very clearly, they do not consider the United States, or at least the US as led by Bush and His Evil Minions™ to be a reliable negotiating partner. I agree with them Bush cannot be trusted to enter into good faith negotiations.

What’s more, this is a reasonable, and rational position.

“We don’t trust the United States,” he told McClatchy Newspapers after the IAEA Board of Governors finished its latest round of talks on Iran’s nuclear program. “We could suspend nuclear enrichment. We did it before for two and half years. But it wasn’t enough then, and wouldn’t be enough now. We will not suspend enrichment again because there is no end to what the United States will demand.”

I agree with Matthew Yglesias’s assesment, that it makes no sense to try to appease religious fanatics, so any confidence building measure is meaningless when the current US government simply cannot be trusted.

The French are looking at ultra-heavy lift capability, so they had some crews operating the Halo for a few weeks to see the potential tactical applications.

If they were smart, the would buy Russian, either the Mi-26, or the successor that the Russians purportedly have in the works, because both solutions will be much cheaper than a from the ground up solution.

The Russians have been the only people doing these size helicopters for 40 years. 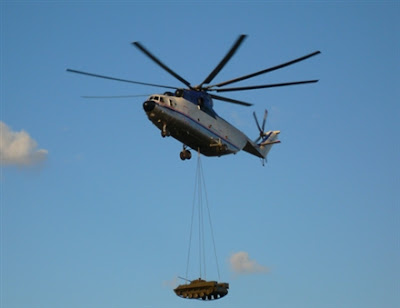 We’ve now had 4 people confirm that he will not put any Muslem in in his cabinet.

So Mitt Romney thinks that it’s appropriate to rule out someone for public service based on their faith.

He just put his being a Mormon on the table…Not for me…My problem is that he’s an insincere lying reactionary bastard…and he’s a Republican…but I repeat myself.

That’s just under 15% of total employment.

This is after their second major bailout in 6 years.

I’m beginning to think that a trained monkey could run a bank better than they execs.

They are having riots once again in France. This is a product of a number of things, but one of them is racism, and the unenforceable nature of anti-discrimination laws in France.

France has a policy that no official records are kept regarding racial or ethnic origin by the government. The idea is that everyone is French, not hyphenated French.

Ward Connerly, a Californian Uncle Tom who has become wealthy by being an uncle Tom, and from being the front man for faux minority contracting*, has been pushing the removal or racial and ethnic status from California state records for years.

You see the natural consequences of such actions in France: a permanent underclass living in slums who are destined never to be hired by bigots, because these bigots will never be caught.

*Cognitive dissonance: Required for the mental illness known as “Republicanism”.

One of these polls is obviously an outlier.

I was feeling depressed last week, so I called the mental health help line.

Like all other call centers, it has been outsourced to a third world location.

When I told the operator in Pakistan that I was feeling suicidal, he got very excited and wanted to know if I could drive a truck or fly a plane.

I’m not sure if his statement is some sort of back door endorsement, or idle musing.

I think that there is a real “anyone but Hillary” Caucus among liberal activists, and it will be interesting to see what happens if Hillary loses in Iowa.

So says Trends Research Institute Director Gerald Celente, he is forecasting a 90% plunge and Gold being at $2,000.00/ounce.

Personally, based on nothing more than my gut, I would say that this is unreasonable, I don’t see it dropping more than 50% long term $3.00=€1.00, with an overshoot to somewhere around $5.00=€1.00 at the height of the speculative frenzy.

Still, this guy did, “forecast the subprime mortgage financial crisis and the dollar’s decline a year ago and gold’s current rise in May”, though so were a lot of other people.

However, I agree that, “the subprime mortgage meltdown was just the first “small, high-risk segment of the market” to collapse”.

We are talking accounts used for day to day expenses and salaries, and when it was discovered that. “after learning that the money- market fund contained more than $700 million of defaulted debt”, there was a run on the fund, with over 35%, over $10 Billion of the $28 Billion in the fund, of its assets being withdrawn.

As a result, they have suspended withdrawals from the fund, which may leave some governments unable to pay their employees this week. (See also here.)

Stipanovich raised the possibility of having the state pension fund shoulder the risk of some of the troubled securities with a credit-default swap, through which the retirement fund would guarantee the debt in exchange for an insurance premium.

“It will be a wonderful diversifier,” Stipanovich said.

A “Wonderful Diversifier”???? Talk about throwing good money after bad.

In a MONEY MARKET FUND? I’d sooner have Sweeny Todd give me a shave than trust Florida’s financial judgement.

This is not a declining market….This is blood in the streets. This means that people who got a 20 year fixed rate with 20% down are under water.

It would improve the quality of the journalism there no end. We have a front page article saying that a bunch of nuts, who have been thoroughly debunked, are claiming that Barack Obama is a crypto-Muslim.

The more I read stories and opinions from the Post, the more that I am convinced that the entire Watergate affair was just stupid dumb luck.

Well, the fact that his brother-in-law, Rickard “Dickie” Scruggs, was indicted on bribery charges may go a bit of a way towards explaining his leaving the senate.

Scruggs is perhaps best known for suing tobacco companies in multibillion-dollar lawsuits in the late 1990s. But he also acted as Lott’s lawyer, as well as the attorney for many Mississippi homeowners, in a successful lawsuit against State Farm Insurance when the firm denied thousands of claims in the wake of Hurricane Katrina.

So, even if Lott has done nothing illegal, he probably does 3 wrong things before having breakfast, it sounds like it was a good time for him to look at the DC lobbying gig.

What’s more, he also cooked the books to conceal this:

The documents, obtained by Politico under New York’s Freedom of Information Law, show that the mayoral costs had nothing to do with the functions of the little-known city offices that defrayed his tabs, including agencies responsible for regulating loft apartments, aiding the disabled and providing lawyers for indigent defendants.

But wait, there’s more, he also provided a police driver and city car for his chippie.

In a world of real journalism, this would be the lead story for the next week…In Rupert Murdoch’s America??? Page 12.