Welcome to your gerontocracy. pic.twitter.com/yTjdkfDHxQ

Both of the Septuagenarian front runners for the major Presidential nominations got the locations of this weekends mass shootings wrong:

President Donald Trump and Democratic 2020 presidential hopeful Joe Biden both got confused in regards to the locations of mass shootings in El Paso and Dayton over the weekend, mentioning inaccurate cities when discussing the violence.

During a Monday address from the White House, Trump, 73, shared condolences for the victims “in Toledo,” apparently mixing up the Ohio city with Dayton, where nine people were killed and dozens more were wounded on Sunday morning.

“May God bless the memory of those who perished in Toledo,” the president said toward the end of his speech. “May God protect them.”

Biden, 76, who previously served as vice president under former President Barack Obama and is currently leading in the Democratic presidential primary polls, made a similar gaffe on Sunday evening while addressing attendants of a fundraiser in California. He referred to the mass shooting as “the tragic events in Houston today and also in Michigan the day before.” Although the politician later corrected his mistake, he seemed to be confusing Houston, which is also in Texas, with El Paso and mixing up Ohio with its fellow midwestern state of Michigan.

It really is remarkable how dysfunctional and corrupt the two parties are.

It’s not bad that Elizabeth Warren is looking at running for President in 2020, but still, it’s too bloody soon:

Senator Elizabeth Warren, the Massachusetts Democrat and a sharp critic of big banks and unregulated capitalism, entered the 2020 race for president on Monday, becoming the first major candidate in what is likely to be a long and crowded primary marked by ideological and generational divisions in a Democratic Party determined to beat President Trump.

Ms. Warren quickly made plans to campaign this weekend in Iowa, which holds the first-in-the-nation presidential caucuses in February 2020. The senator, who has not traveled to Iowa recently, announced Tuesday that she would visit several of the state’s major cities: Des Moines, Council Bluffs, Storm Lake and Sioux City.

Bernie still has my vote, but she’s the only other one currently on the list who isn’t a tool of the banks. 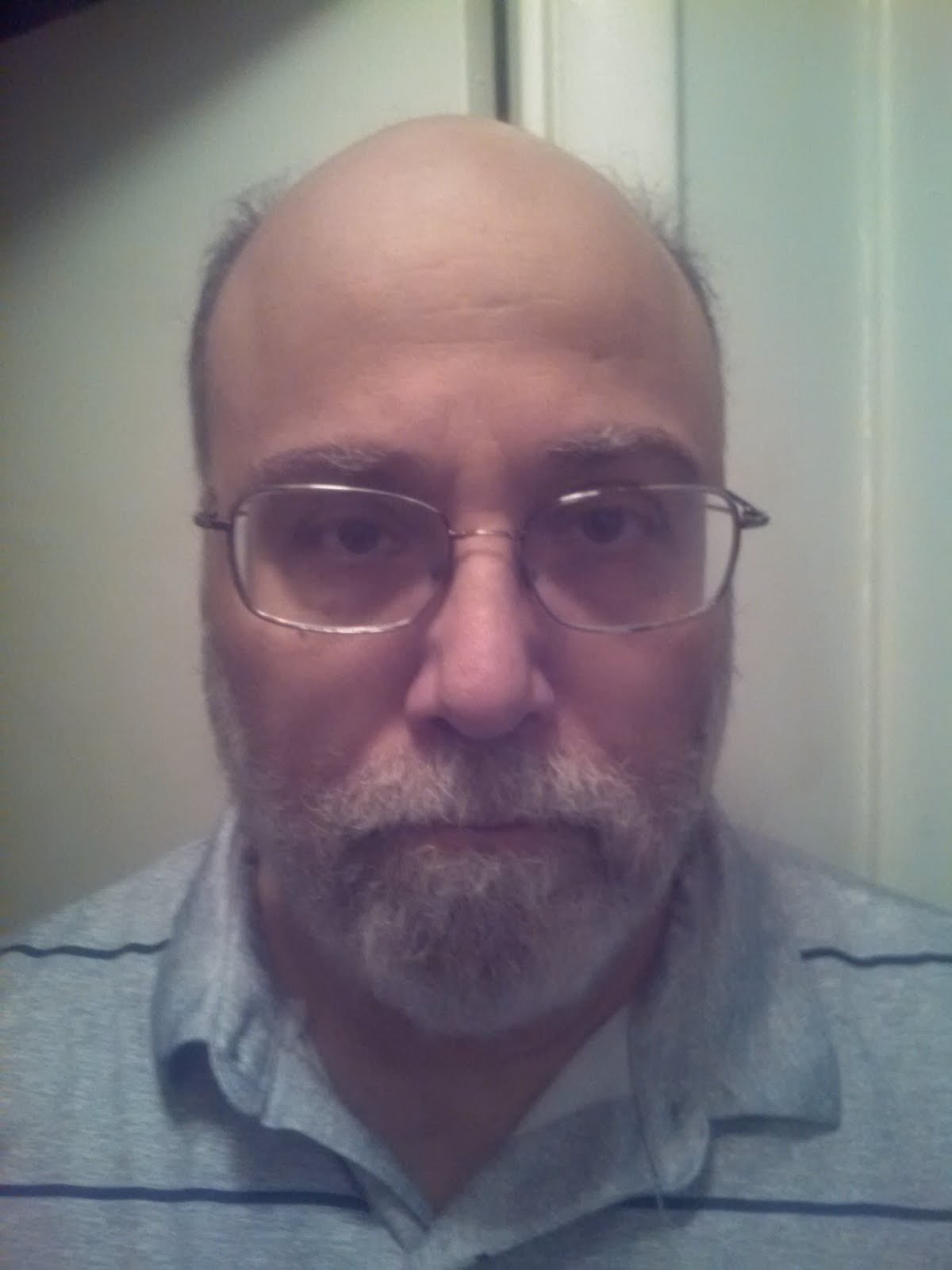 Not My Happy Face

Everyone left work early today, so I decided to get Chinese at my favorite Chinese buffet in the area, as it is on the way home.

I really shouldn’t, because I tend to eat too much, and most of that stuff is really not particularly healthy, particularly if, as I do, you do lots of dumplings, kabobs, and ribs.

Well, it appears that the universe conspired to punish me for this act, because when I went in and paid for my meal, you pay upon entry, they gave me the senior citizen discount WITHOUT MY ASKING.

Hell, I didn’t even know that they HAD a senior citizen discount. 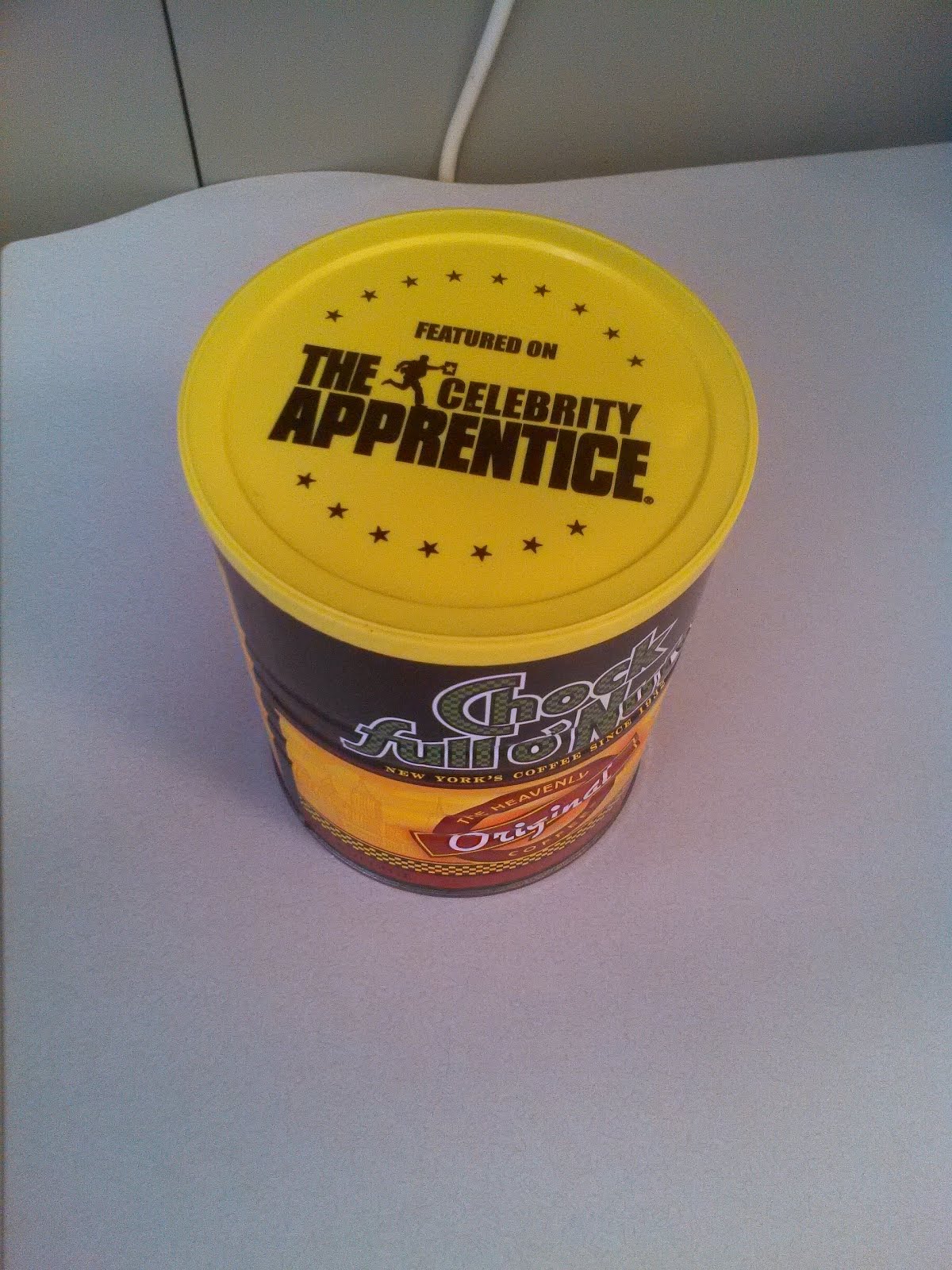 I’m having coffee at work, and I glance at the lit of the can of coffee, and I see that:

I don’t expect a whole bunch out of my work coffee.  I’m not one of those folks who demand fresh ground coffee with foam, etc.

I also know that it’s kind of petty to complain about this, after all, my employer is paying for my the maintenance of my caffeine dependence problem, but I would prefer that my coffee not remind me that Donald John Trump exists, and used to be a crappy reality show host.

For once, the title, “This Porcelain Is Tougher Than It Looks,” is correct, but the article gets the basics wrong:

Wallace Chan, the Hong Kong jeweler behind some of the world’s most exclusive gems, sat in a sunny Manhattan hotel room a few weeks ago, talking about his latest creations.

He displayed one, a large blue ring topped with a diamond — and began whacking it aggressively against the wooden coffee table.

The ring was primarily made of porcelain, a ceramic normally used for rose-strewn tea sets and figurines of pouting milkmaids, and such treatment should have reduced it to a handful of shards on the hotel room carpet.

But this wasn’t just any old porcelain. It was a porcelain seven years in the making, which Mr. Chan invented and which he says is five times harder than steel.

The material — called for the time being, a little unimaginatively, Wallace Chan Porcelain — is made of specially chosen ingredients that Mr. Chan treats like the equivalent of a state secret out of fear of industrial espionage (the jewelry world is, apparently, a paranoid place). But the ingredients are, he said, almost devoid of impurities.

All high fire (vitrified) clays, like porcelain, and most of the low fire clays, are MUCH harder than steel.

Ordinary glass is harder than steel, which you can demonstrate if you (very) carefully try to drill window glass.

What Mr. Chan has done is create a TOUGHER ceramic, which is important, but VERY different from a HARDER ceramic.

He does this, as the article reveals, by making small (but important) changes in the formulation of porcelain, and firing it at a higher temperature, which further reduces voids in the resulting fired ceramic.

It’s pretty much the same process used by people trying to put ceramics in things like jet turbines, though he seems to have come up with a technique that does not require the elaborate tooling used for those applications.

My guess his recipe is that, “Almost devoid of impurities,” is the most important bit.

Ceramics yield very little, which means that stresses at any crack tips are very high because there is little local yielding, so the elimination of inclusions are critical to toughness and tensile strength.

Good for Mr. Chan, but someone needs to give the reporter a class in material science 101.

Spent most of today, with a short break to mow the front lawn, trying to get this working.

Hillary Clinton will be launching a political organization shortly.

Once again I feel compelled to murder the genius of Dr. Seuss for political commentary.  (After the break)

When Dassault won the medium multi-role combat aircraft (MMRCA) contract, it wanted to partner with Reliance Industries, but the Indian Government insisted on local co-production be conducted by Hindustan Aeronautics Limited (HAL), the company that took over 30 years to deliver the massively under-performing Tejas fighter aircraft.

When Dassault saw the level of technical competence at HAL, they refused to work with them, figuring that it would be a complete horror show, and they would be on the hook for this, so now we have India signing a deal for 36 French made fighters:

India has concluded a deal to acquire 36 Dassault Rafale fighters, with a contract signed in New Delhi by the nation’s defence minister, Manohar Parrikar, and his French counterpart Jean-Yves Le Drian on 23 September.

The deal is worth €7.75 billion ($8.69 billion) for the French-built aircraft along with associated weapons and a support package.

Finalisation of the contract brings to a close a long-running acquisition process to equip the Indian air force with the Rafale, which was selected as the winner of its medium multi-role combat aircraft (MMRCA) tender in 2012, defeating the Boeing F/A-18E/F Super Hornet and Eurofighter Typhoon. Other previous candidates for the deal included the Lockheed Martin F-16, RAC MiG-35 and Saab Gripen.

The air force was originally slated to acquire 126 aircraft via the programme, but the original deal ran aground over cost concerns. [Cost concerns my ass. Dassault found HAL incapable of executing a co-production deal] It was revived by Indian Prime Minister Narendra Modi during his visit to France in 2105, when he declared that 36 aircraft would be acquired in “fly-away” condition from Dassault. This was keeping in view the “critical operational necessity” of the service, he said at the time.

This was the Rafale’s first foreign sale, and it was a very big deal for Dassault, but they could not get co-production to work, but the fact that they had this order made it a viable choice on other foreign markets, which is why there are sales to Egypt and Qatar as well, so the deal, even if much diminished was a lifesaver for the Rafale production line.