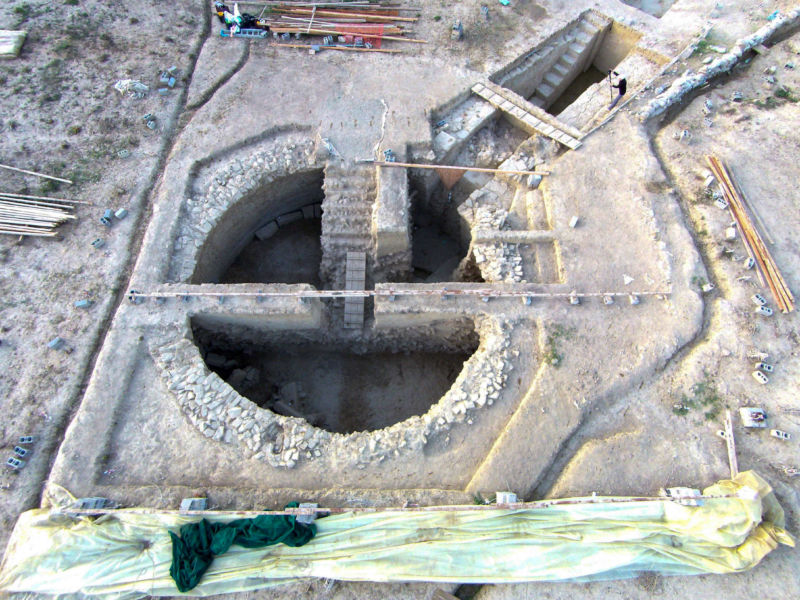 Archaeologists recently discovered two magnificent 3,500-year-old royal tombs in the shadow of the palace of the legendary King Nestor of Pylos. It’s not clear exactly who the tombs’ owners were, but their contents—gold and bronze, amber from the Baltic, amethyst from Egypt, and carnelian from the Arabian Peninsula and India—suggest wealth, power, and far-flung trade connections in the Bronze Age world. And the images engraved on many of those artifacts may eventually help us better understand the Mycenaean culture that preceded classical Greece.

The larger tomb is 12m (36 feet) wide and 4.5 meters (15 feet) deep, and stone walls would once have stood that height again above ground. Domes once covered the underground chambers, but the roofs and upper walls have long since collapsed, burying the tombs beneath thousands of melon-sized stones and a tangle of grape vines. University of Cincinnati archaeologists Jack Davis, Sharon Stocker, and their colleagues had to clear away vegetation and then remove the stones by hand.

“It was like going back to the Mycenaean period,” Stocker said. “They had placed them by hand in the walls of the tomb, and we were taking them out by hand. It was a lot of work.”

Beneath the rubble, gold leaf litters the burial pits’ floors in gleaming flakes; once, it lined the walls and floors of the chambers. The tombs don’t appear to have contained the remains of the their occupants (there’s some evidence that the tombs were disturbed in the distant past), but they were interred with jewelry and other opulent artifacts of gold, bronze, and gemstones, as well as a commanding view of the Mediterranean Sea.

Ooh, I’m Indiana Jones, imma ignore this monumental architecture that incorporates moving parts to create ingenious traps that still work after hundreds if not thousands of years and focus on this golden idol that literally any dumbass with a forge could make in a weekend.

I am sure that all of the amateur and professional archeologist out there are cheering this right now, as well they should. 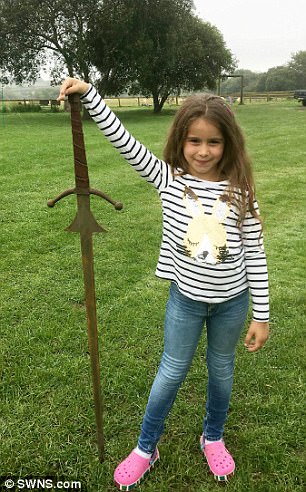 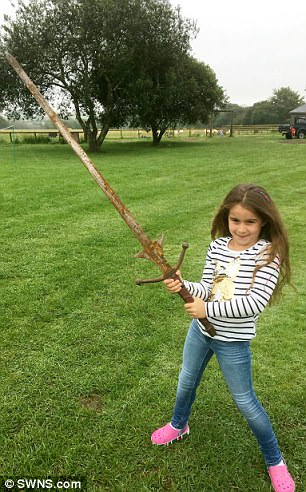 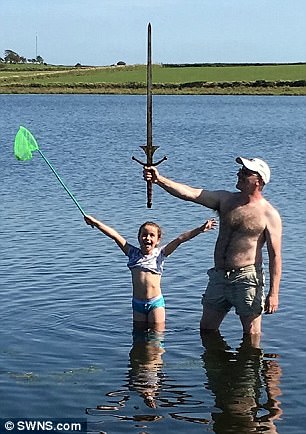 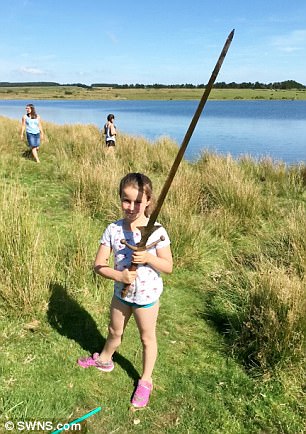 7 Year old Matilda Jones just pulled a great sword from Dozmary Pool in Cornwall, which is rumored where King Arthur received, and returned, the sword Excalibur.

If I understand the finer points of of British governance, and I probably don’t, this means that she is now the ruler of Cornwall:

A seven-year-old school girl had a legendary holiday after pulling a giant four-foot sword from the Cornish Lake where Arthur threw Excalibur.

Matilda Jones was wading through water waist-deep at Dozmary Pool when she stumbled across the blade underwater.

According to local folklore, Dozmary Pool is the spot where King Arthur returned Excalibur after being fatally wounded in the Battle of Camlann.

‘She was only waist deep when she said she could see a sword.

‘I told her not to be silly and it was probably a bit of fencing, but when I looked down I realised it was a sword. It was just there laying flat on the bottom of the lake.

Legend has it that King Arthur first received Excalibur from the Lady of Lake in Dozmary Pool after rowing out to receive it.

After being mortally wounded he asked to be taken there so he could return the sword to her.

After three attempts, his loyal follower Bedivere cast it into the water and the Lady of the Lake’s arm rose to receive it.

If you look at the photos, I would argue that the sword is no older than 6 months old. Otherwise, the leather wrapping would have rotted away.

Additionally, it appears to be a cheap mass produced sword cut from sheet steel, there is no fuller (center groove), and the quillions (cross guards) appear to be made from rod and welded ball bearings.

Still a Queen of Cornwall wearing pink Crocs?  That would be truly epic.