The Belgian ambassador who invoked the 1666 Privilegie der Visscherie given by Charles II of England to Flemish fishermen, just had a mic drop moment.

I think that it was a joke, though one can never be sure:

All is fair in love and cod war. And with the EU’s coastal states under pressure to give way on Britain’s demands for greater fishing catches in its waters post-Brexit, any old argument is worth a try.

When the issue of the future access of European fishing fleets was being discussed by EU ambassadors in Brussels on Wednesday the Belgian government’s representative, Willem van de Voorde, made a notable intervention.

To the confusion of some, and the delight of others, the ambassador cited a treaty signed some 350 years ago by King Charles II which had granted 50 Flemish fishermen from Bruges “eternal rights” to English fishing waters. It was an important historical footnote illustrating the long relationship between Belgian fishermen and British waters, Van de Voorde suggested.

I hope that this was a joke, but one can never be sure with those wily Belgians.

“I wasn’t quite sure what he was on about but I think he was joking,” said one confused diplomat who had listened to Van de Voorde’s intervention. “But, then, you never know.”

While the validity of the Belgian claim is somewhat unlikely, the tensions in Brussels over fishing access for European fleets from 1 January are very real.

The UK has demanded a radical increase in fishing catches in its exclusive economic zone as it leaves the EU’s common fisheries policy.

In yet another example of the weirdness that is 2020, or with an assist from anthropogenic climate change, Maine has seen its first ever shark attack death:

A woman swimming off Bailey Island in Harpswell on Monday afternoon was attacked and killed by a shark in what one expert says is the first such fatality recorded in Maine waters.

The woman has not been identified pending notification of her family.

She was swimming offshore near homes on White Sails Lane when a witness saw her being attacked by what appeared to be a shark, the Maine Marine Patrol said.

Two kayakers brought the victim and another woman to shore, where a crew of Harpswell emergency responders met them. The woman died at the scene.

The second woman, who was swimming with the victim, was not injured, said Jeff Nichols, a marine patrol spokesman.

“This is the first documented fatality ever in Maine,” James Sulikowski, a former University of New England professor and researcher who conducts shark research in Maine and locations worldwide, said in an interview Monday evening. “Shark interactions with humans are very rare in Maine.

“My guess is that the person was mistaken as a food item. In this area of Maine and depending on how close to shore the event occurred, my guess is it was a white shark.”

I will be so glad when this year is over. 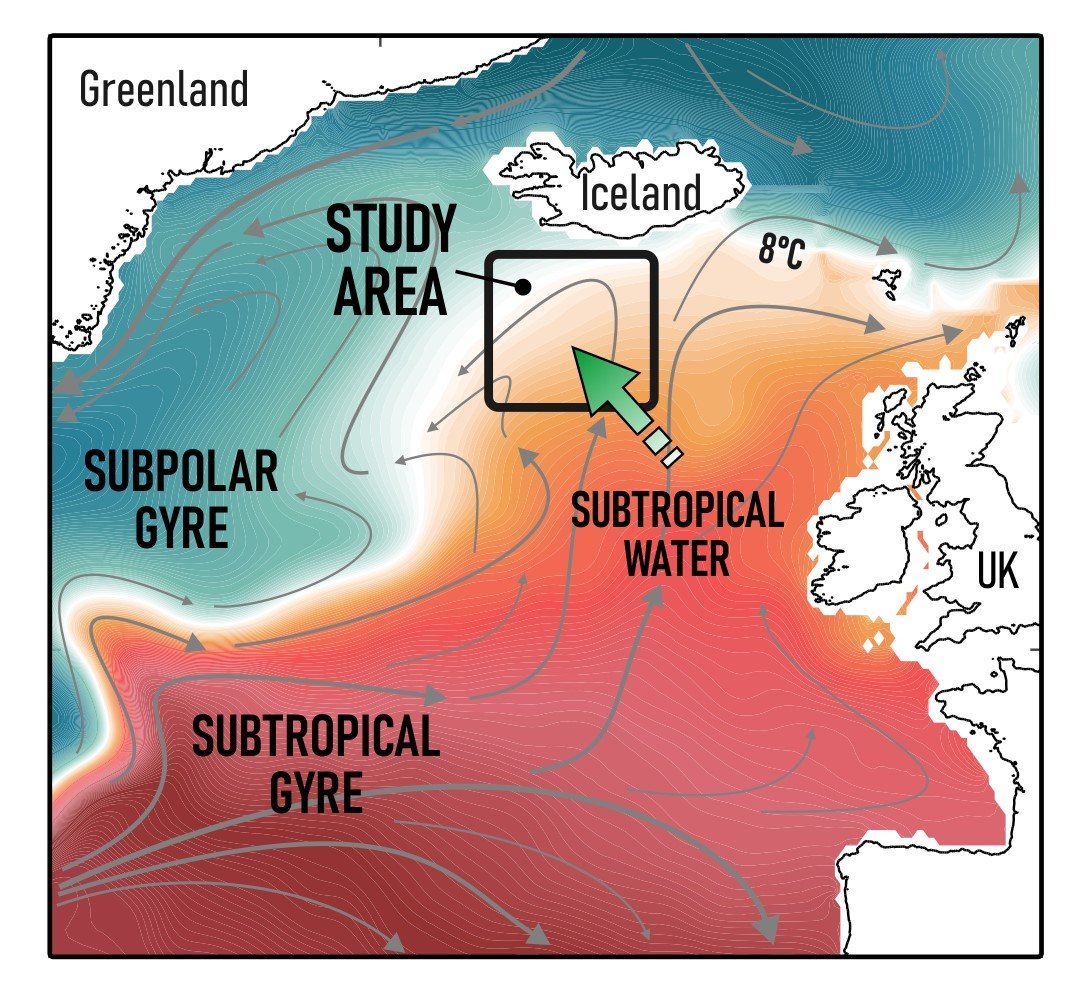 It appears that climate change may be driving major disruptions Atlantic ocean currents:

Changes in ocean circulation may have caused a shift in Atlantic Ocean ecosystems not seen for the past 10,000 years, new analysis of deep-sea fossils has revealed.

This is the striking finding of a new study led by a research group I am part of at UCL, funded by the ATLAS project and published in the journal Geophysical Research Letters. The shift has likely already led to political tensions as fish migrate to colder waters.

To challenge this point of view, we had to look for places where seabed fossils not only covered the industrial era in detail, but also stretched back many thousands of years. And we found the right patch of seabed just south of Iceland, where a major deep sea current causes sediment to pile up in huge quantities.

One of the simplest ways of working out what the ocean was like in the past is to count the different species of tiny fossil plankton that can be found in such sediments. Different species like to live in different conditions.

We looked at a type called foraminifera, which have shells of calcium carbonate. Identifying them is easy to do using a microscope and small paintbrush, which we use when handling the fossils so they don’t get crushed.

The effects of the unusual circulation can be found across the North Atlantic. Just south of Iceland, a reduction in the numbers of cold-water plankton species and an increase in the numbers of warm-water species shows that warm waters have replaced cold, nutrient-rich waters.

If the Atlantic Conveyor current shuts down abruptly, we are going to see sh%$# going down that is going to make the 10 Plagues of Egypt look like a an episode of The Partridge Family.

Remember how an internet meme hijacked a naming poll for the new research ship for the Natural Environment Research Council?

Eventually, the ship was named the David Attenborough, but one of its unmanned underwater vehicles was named Boaty McBoatface.

Well, now the colorfully named UUV has made a significant find:

Remember Boaty McBoatface? In the years since the naming snafu over a research vessel grabbed international headlines, Boaty has been off gathering crucial deep-sea data on the effects of climate change.

Now, the findings from Boaty’s first mission are out — and they shed light on how Antarctic winds that are strengthening due to climate change are impacting sea levels.

But before we dive into what Boaty found, let’s remember how it got here.

Back in 2016, Britain’s Natural Environment Research Council asked the public for help naming a new cutting-edge polar research ship. Shackleton, Endeavor and Falcon were among the contenders put forth, as NPR reported at the time. But the Internet had another idea. Voters in the online poll overwhelmingly threw their support behind “Boaty McBoatface.”

The U.K.’s science minister at the time, Jo Johnson, vetoed the people’s choice, saying the vessel needed a name that was more “suitable.” The ship was ultimately named Sir David Attenborough, after the well-known natural historian.

But the council did pay homage to the Internet’s extraordinary naming powers by naming a smaller, more modest vessel Boaty McBoatface. And the autonomous yellow submarine has had a very successful maiden voyage.

“In recent decades, winds blowing over the Southern Ocean have been getting stronger due to the hole in the ozone layer above Antarctica and increasing greenhouse gases,” the researchers said in a statement.

They wanted to see how these stronger winds on the surface were impacting the environment far below the waves — and whether that deep ocean activity was contributing to rising sea levels.

So they sent Boaty into underwater valleys, traveling to depths of up to 4,000 meters (nearly 2.5 miles). Boaty’s longest journey took three days and traveled 180 km, or more than 110 miles.

Boaty was able to pinpoint a previously unknown way in which this mixing is causing water to warm up across large areas, she said. Usually, deeper, colder water mixes with shallower, warmer water — think of vast amounts of water moving up and down.