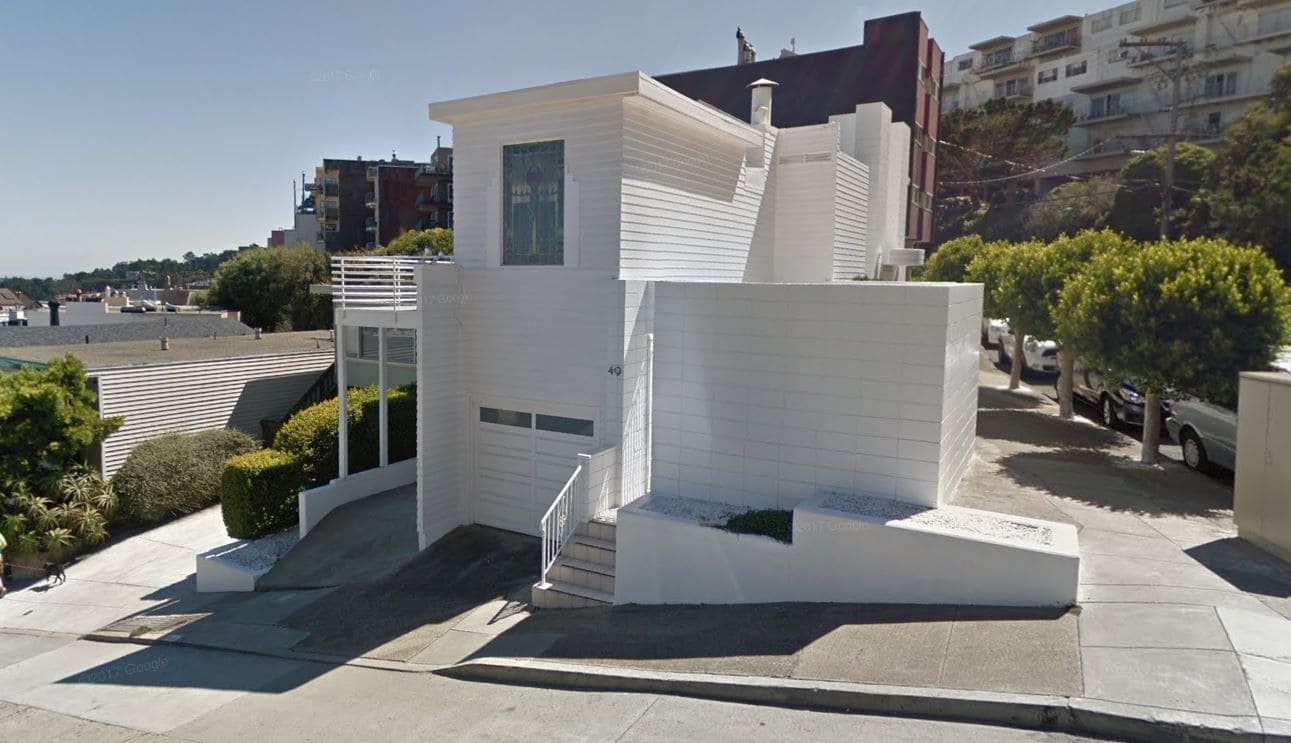 Developers in the Bay Area have a trick: They historically significant properties, and get permission to renovate them

They then demolish the buildings, and rebuild them as urban mansions, and then they resell the properties to overpaid Silicon Valley executives for millions of dollars in profits.

It is a plague on the Fog City, andthe City Planning Commission has just opened up a can of whup-ass on a developer who did this:

A property owner who illegally demolished a 1936 Twin Peaks house designed by a renowned modernist must rebuild an exact replica of the home rather than the much larger structure the property owner had proposed replacing it with, the City Planning Commission ruled this week.

In a unanimous 5-0 vote late Thursday night, the commission also ordered that the property owner — Ross Johnston, through his 49 Hopkins LLC — include a sidewalk plaque telling the story of the original house designed by architect Richard Neutra, the demolition and the replica.

The commission directive, unprecedented in San Francisco, comes more than a year after the home at 49 Hopkins Ave., known as the Largent House, was almost entirely knocked down. All that remained of the white, two-story redwood-and-concrete-block home was a garage door and frame.

Johnston had received planning permission only to remodel with a design that would have largely kept the first floor of the existing home intact.

The case attracted attention because Neutra is considered one of the most important modern architects and because it highlighted the trend of speculators illegally razing modest homes with the intention of replacing them with mega-homes. The new houses can fetch upward of $5 million, double or triple the price of an average house in already expensive San Francisco.

Planning Commissioner Dennis Richards said he hopes the commission’s action in the 49 Hopkins case will send a message to speculators accustomed to ignoring city planning and building laws with few or no repercussions.

My dad spent his professional career as a city planner, and it was sh%$ like this that made him tremendously cynical about his chosen profession.

I think that he would have pleased and surprised, as well as a bit dubious about the final outcome, at this news, but I’ll never know.