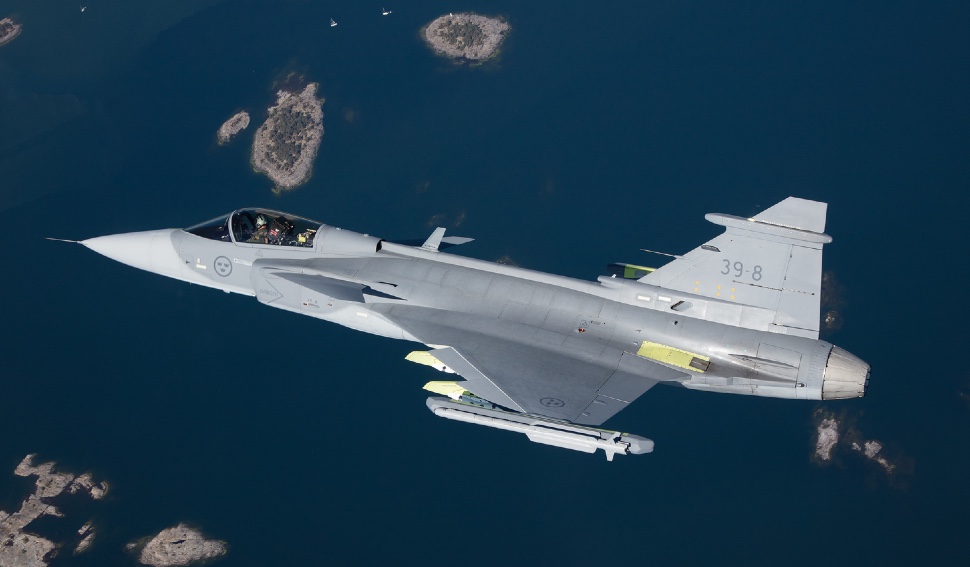 Saab is tendering an offer to Canada for JAS-39 Gripens.

The Trudeau government has been decidedly cool on the expensive to buy and expensive to operate F-35, and the Gripen offers much more flexibility and much lower life cycle costs:

The Swedish combat aircraft manufacturer cautions nothing is finalised and its offer will ultimately reflect Canada’s formal request for proposal (RFP). The company expects the final RFP to be issued around midyear by the Royal Canadian Air Force (RCAF).

“As we have demonstrated in Brazil, and depending on the requirements of a customer, we can build fighter jets in countries other than Sweden,” says the company. “Gripen is the world’s most-modern multi-role aircraft and a perfect match to Canada’s operational requirements for NORAD defense and expeditionary missions. It is proven to operate in any climate, from arctic to desert.”

The RCAF issued a draft request for proposal in October 2018 to an exclusive set of five potential suppliers to replace its Boeing CF-18A/B Hornet fleet.

My guess would be that Canada would go with the F/A-18 EF, as it is the most straightforward path from the earlier models CF-18s.

Additionally, Canada has long expressed a preference for a twin engine aircraft.

Still, if the bottom line is cost, the Gripen makes a lot of sense.