He’s already done times for this, where his high-power lawyers got him off with a slap on the wrist.

As a result of a series of Miami Herald exposes about how prosecutors cut him a sweetheart deal, he was rearrested as he stepped off of his private jet, named (I sh%$ you not) the Lolita Express, at Teterboro, NJ.

The FBI executed a search warrant, and they found sexually explicit videos of underage girls on disks found in a safe in his home:

A trove of lewd photographs of girls, discovered in a safe inside the financier Jeffrey Epstein’s Manhattan mansion the same day he was arrested, is deepening questions about why federal prosecutors in Miami had cut a deal that shielded him from federal prosecution in 2008.

Federal prosecutors in Manhattan charged Mr. Epstein on Monday with sex trafficking, dealing an implicit rebuke to that plea agreement, which was overseen by Alexander Acosta, then the United States attorney in Miami and now President Trump’s labor secretary.

The indictment in Manhattan could prompt a moment of reckoning for the Justice Department, which for years has wrestled with accusations that it mishandled the earlier case and has faced a barrage of litigation from Mr. Epstein’s accusers. In February, the Justice Department opened its own internal review into the matter.

Mr. Epstein, a hedge fund manager, avoided the possibility of a lengthy prison sentence, largely because of a secret agreement his lawyers struck with federal prosecutors in 2008. His social circle is filled with the rich and famous, including former President Bill Clinton and Prince Andrew of Britain. 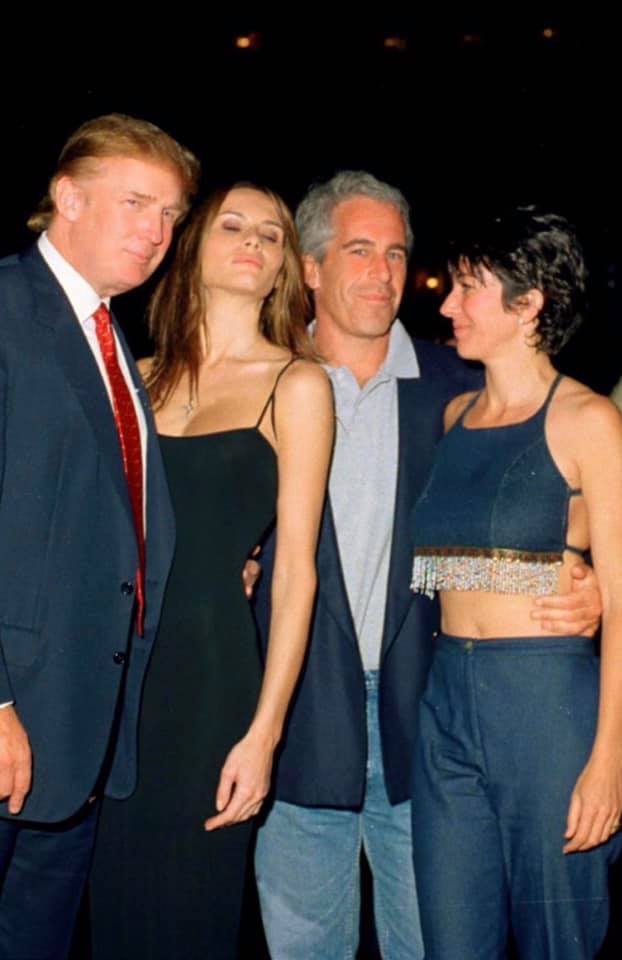 Yeah, also this guy hung out with Epstein:

Epstein is the guy with the gray hair 3rd from the left.

The guy on the left is (of course) Donald John Trump.

Mr. Clinton’s office said in a statement on Monday that he knows nothing about “the terrible crimes” connected to Mr. Epstein.

In 2002, Mr. Trump described Mr. Epstein as “a terrific guy,” telling New York Magazine, “It is even said that he likes beautiful women as much as I do, and many of them are on the younger side.”

Clinton knew, and Trump Knew, and so did everyone else in his circle, and they looked the other way, because he was one of them.

Our so-called elites are rotten to the core.

Several of Mr. Epstein’s accusers said they were relieved that authorities seemed to be taking their complaints seriously after many years.

Yeah, it only took 10 years, and a dogged reporter, Julie Brown, for his victims to have their day in court.

I really hope that the prosecutors, including Trump’s current Secretary of Labor, get keel hauled over this.