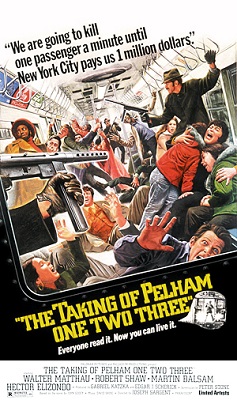 In addition to being an excellent cop movie, it’s also an excellent transit movie, and it has the most famous sneeze in cinema.

It is also a glorious snap-shot of the culture and weirdness of New York City in the 1970s.

It may be the most New York City movie ever.

After I saw the movie, I read the book, and was not impressed, but this movie was genius.

The 2 remakes that followed, not so much.