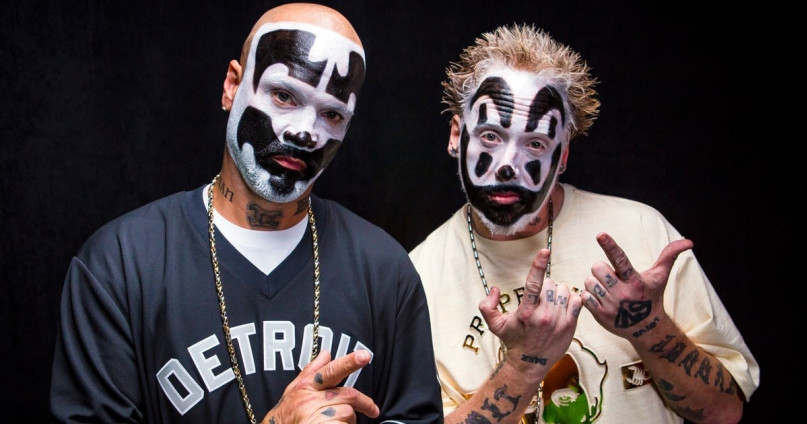 If you were to ask someone to name a band that fits this criteria, the first band most people would list would be The Grateful Dead.

The second band that comes to mind is Insane Clown Possee, and they just canceled this year’s ICP gathering to protect their health.

Good for them. Lord knows that this cannot be cheap for them:

It’s a bummer to have to report on all the stuff that’s getting postponed, which is why it brings us no joy to add this to the sadness pile:

The annual Gathering of the Juggalos is canceled until 2021 due to the coronavirus. While that shouldn’t surprise anyone at this point, it’s worth talking about what this does to the Juggalos. For the unfamiliar, the Juggalos are a group of people united in their love for the band Insane Clown Posse and discount soda. Over the years, and in response to the FBI’s unfair gang designation, they’ve taken a Fast & Furious “It’s all about family” approach in describing their group.

This festival is quite a big deal to the Juggalo community. They don’t waste time trying to bring it to New York or Los Angeles, instead choosing the Midwest as its hosting grounds like a trailer park Coachella (Not an insult BTW). That makes it even more impressive that The Gathering has been able to land some of the performers it has over the years (Ice Cube ain’t cheap.).

What’s of note here is that Juggalos tend to be blue-collar (or no collar) workers. The same type of people you may have noticed getting crapped on extra hard by current events. So while we really couldn’t give a shit about some rich silicon valley douche missing out on this year’s Burning Man, this kind of hits a little different.

The Gathering of the Juggalos is an independent event — they don’t have corporate sponsors telling them that they have to cancel anything. It seems like they’re genuinely doing this out of love for their Juggalo family. The tweet from ICP leaves us with a final uplifting message from Fred Fury, “You can’t replace what you mean to our team. Without you, tell me where the f%$# we’d be?”

This is f%$# load more concern for these people than their employers would ever show.