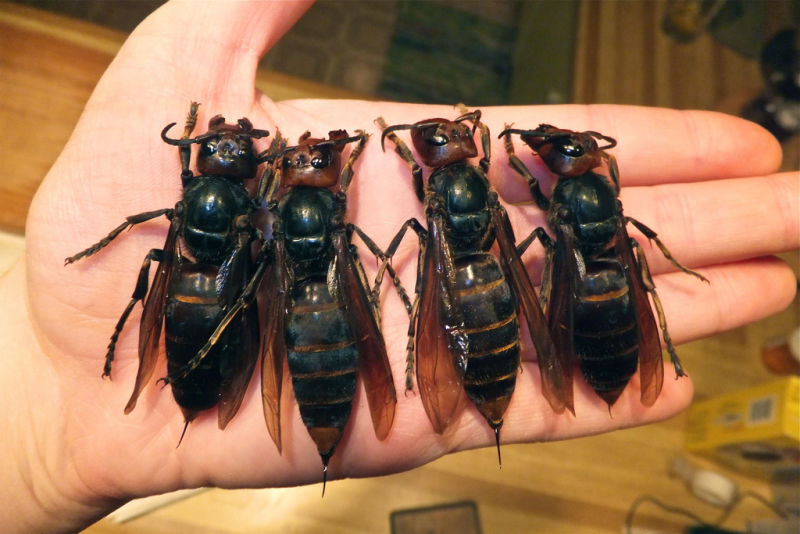 So in addition to a global pandemic with a virus that may not be amenable to a vaccine, we are now seeing an influx of giant killer hornets.

This is firmly in the area of things that give me the SERIOUS heebie jeebies:

Researchers and citizens in Washington state are on a careful hunt for invasive “murder hornets”, after the insect made its first appearance in the US.

The Asian giant hornet is the world’s largest and can kill humans. But it is most dangerous for the European honeybee, which is defenseless in the face of the hornet’s spiky mandibles, long stinger and potent venom.

Excuse me while I try to stop shaking like a leaf.