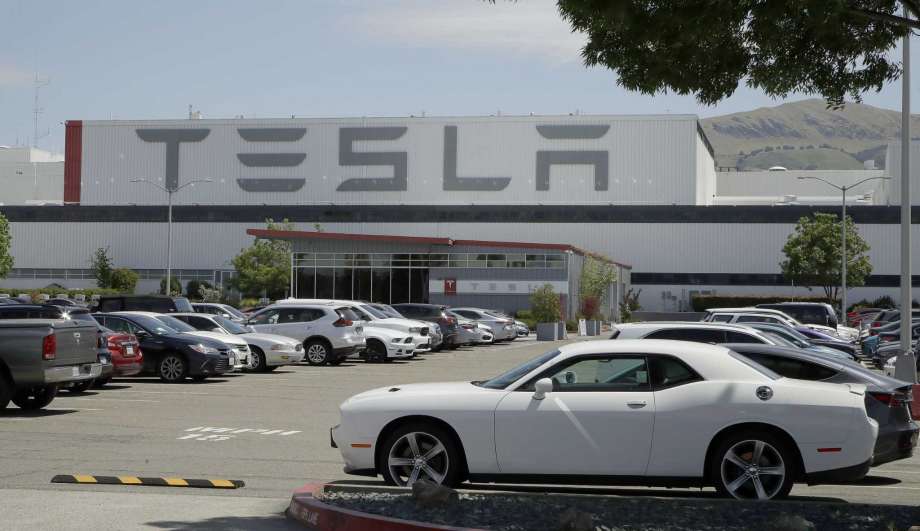 Alameda county officials have been insisting on maintaining a lock-down, and everyone’s favorite sociopath* Elon Musk has opened the factory anyway, putting thousands of his employees, and tens of thousands or their family members at risk.

What’s more, he dared authorities to arrest him.

Simply put, Elon is throwing mama from the train because he wants his stock options to vest.

Arrest everyone in the factory, and put Elon at the back of the line for processing, so that he spends 2-3 days in the slam incommunicado.

2 days of jail food should beat a little bit of humility into him.

It will be a learning experience for him, and a warning for the rest of the law-breakers who claim to be noble “disrupters” when they are criminals:

The fight between Tesla and local officials regarding the reopening of a manufacturing plant escalated Monday after chief executive Elon Musk tweeted his plans and mentioned the potential for arrests.

“Tesla is restarting production today against Alameda County rules,” Musk wrote on Twitter. “I will be on the line with everyone else. If anyone is arrested, I ask that it only be me.”

It is one of the most prominent examples of a powerful business figure defying local health orders amid the response to the novel coronavirus. Tesla on Saturday filed suit against Alameda County, where its Fremont, Calif., factory is located, seeking an injunction against orders to stay closed. The suit alleged violations of the due process and equal protection clauses of the 14th Amendment.

Neetu Balram, a spokeswoman for Alameda County, said in a statement that the county hoped to work with Tesla to avoid any further escalation of the issue.

F%$# that.  Lock him up, and make sure that when he is arraigned, he is photographed in a prison uniform.

Just because he got lucky (and broke some banking regulations) and became a billionaire is no reason for authorities to allow him to arrogantly and openly flout the law.

*But I’m an engineer, not a psychologist, dammit!†
†I love it when I get to go all Dr. McCoy!