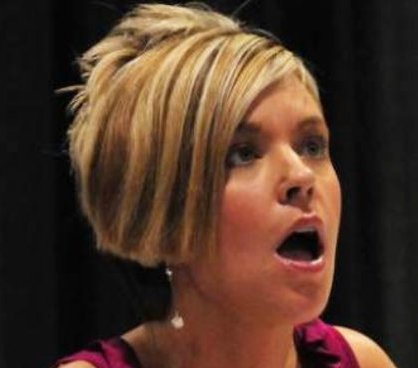 Have you heard about “No Evil Foods”? They are a vegan meat company that claims to be socialists, and they are waging a scorched earth campaign against its workers joining a union.

This so typical of the faux socialist bougie types.

Socialism for thee, not not for me:

Earlier this year, the company No Evil Foods, which sells a variety of socialist-themed vegan meats, fought a union drive at its Weaverville, North Carolina plant that included numerous “captive audience” meetings where management told workers to vote against a union.

Motherboard obtained a 23-minute video of No Evil Food’s CEO and co-founder Mike Woliansky repeatedly imploring workers to vote “no” in the union election, and telling workers that a union could hamper the company’s ability to “save lives” and “change the world.”

In his speech, Woliansky compared joining the United Food and Commercial Workers (UFCW) union, which represents tens of thousands of meatpacking workers in the US, to “hitching your wagon to a huge organization with high paid executives and a history of scandal and supporting slaughterhouses,” he said. “I don’t think that’s an organization you want to support with your dues money.”

No Evil Foods brands itself with a socialist messaging and sells $8 packages of vegan products with leftist names like “Comrade Cluck” (a chicken substitute seasoned with garlic and onion), and “El Zapatista” (a mock chorizo), a reference to Mexico’s anti-capitalist indigenous movement. It sells its product at 5,500 stores nationwide, and, in online listings for jobs in its Weaverville production facility, the company says, “we do good no evil. We care about doing good through the products we make.”

In recent weeks, the company fired several workers who led the union drive at its manufacturing plant (known as “the Axis”), according to a report in the Appeal. Four employees told Motherboard that the company has fired five workers active in labor organizing since April.

“Just when we filed for our election, they ramped up their [anti-union] meetings,” a former No Evil Foods worker who quit in March told Motherboard. “They told us we’d have to negotiate with shareholders instead of them and made emotional appeals to us like ‘we have our house in this.’ Hey, I would love to be able to afford a house that I’d be able to risk to start a business.”

The hypocrisy of capitalizing on socialist messaging while using anti-union speeches to defeat a union drive was not lost on workers.

“We are not a bunch of whiny kids who would complain at any job,” a former no No Evil Foods worker who was fired in May, told Motherboard. “Personally I wouldn’t be speaking out to the media if this was a company that didn’t use socialism for its marketing. It’s the fact these people are liars.”

“In my first few months, I thought this company was great. The $13.65 I made was the highest I’d ever been paid in my life,” a former No Evil Foods worker who was involved in the union drive and quit in March, told Motherboard. “But then they started making changes that impacted people with second jobs, and their response was just so starkly like ‘we don’t give a shit.’ I realized that their socialist messaging is all branding and tricking the consumer into making them feel like they have a consciousness.”

I am sure that the Wolianskys think that they are actually progressive in some meaningful way, it’s just that they rationalize that anything that might inconvenience them is a bridge too far.