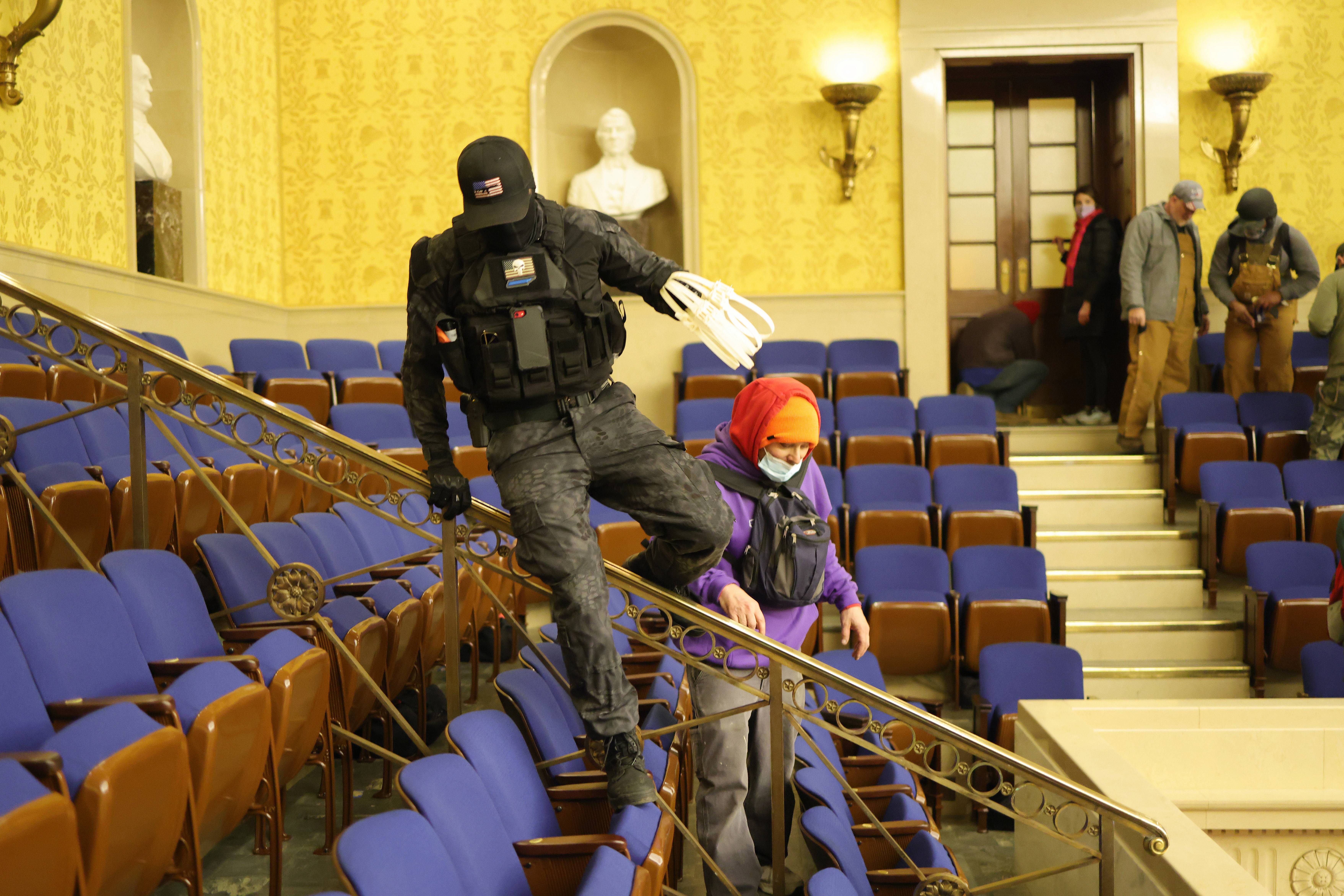 It turns out that  the only way he was allowed to go out and play with his friends was if his mommy came along.

Man, this is lame:

A mother-son duo who wielded flex cuffs at the Capitol on Jan. 6 — and openly talked of a violent revolution — are facing conspiracy charges related to the assault on Congress last week, with the FBI describing a plot that may include others “known and unknown” to federal authorities.

In a Saturday legal filing, the FBI indicated that Eric Munchel — who was seen masked and wielding the plastic cuffs inside the Senate chamber in a now widely circulated image — and his mother Lisa Eisenhart would face charges of conspiracy for their efforts to disrupt lawmakers’ efforts to certify the presidential election.

Munchel and Eisenhart are facing charges of “knowingly and willfully conspiring with persons known and unknown” to impede law enforcement, unlawfully entering a restricted building and violently forcing their way into the halls of Congress.

Munchel had been apprehended earlier in the week, but Eisenhart was arrested Saturday in Tennessee and the charges updated to include conspiracy.

Although Munchel was masked in the Senate image, the FBI relied on open-source information and distinct patches and symbols on his clothing, as well as surveillance footage and other video shot at the hotel where the pair were staying to identify them. They have since searched Munchel’s home and discovered the items seen in the Capitol picture, including “distinctive black in color Black Rifle Coffee Company hat with American flag and rifle logo, black boots, black camouflaged pants and shirt, and black tactical vest with patches to one of a Punisher logo.

It is reassuring that these losers’ operation security is so unbelievably poor.