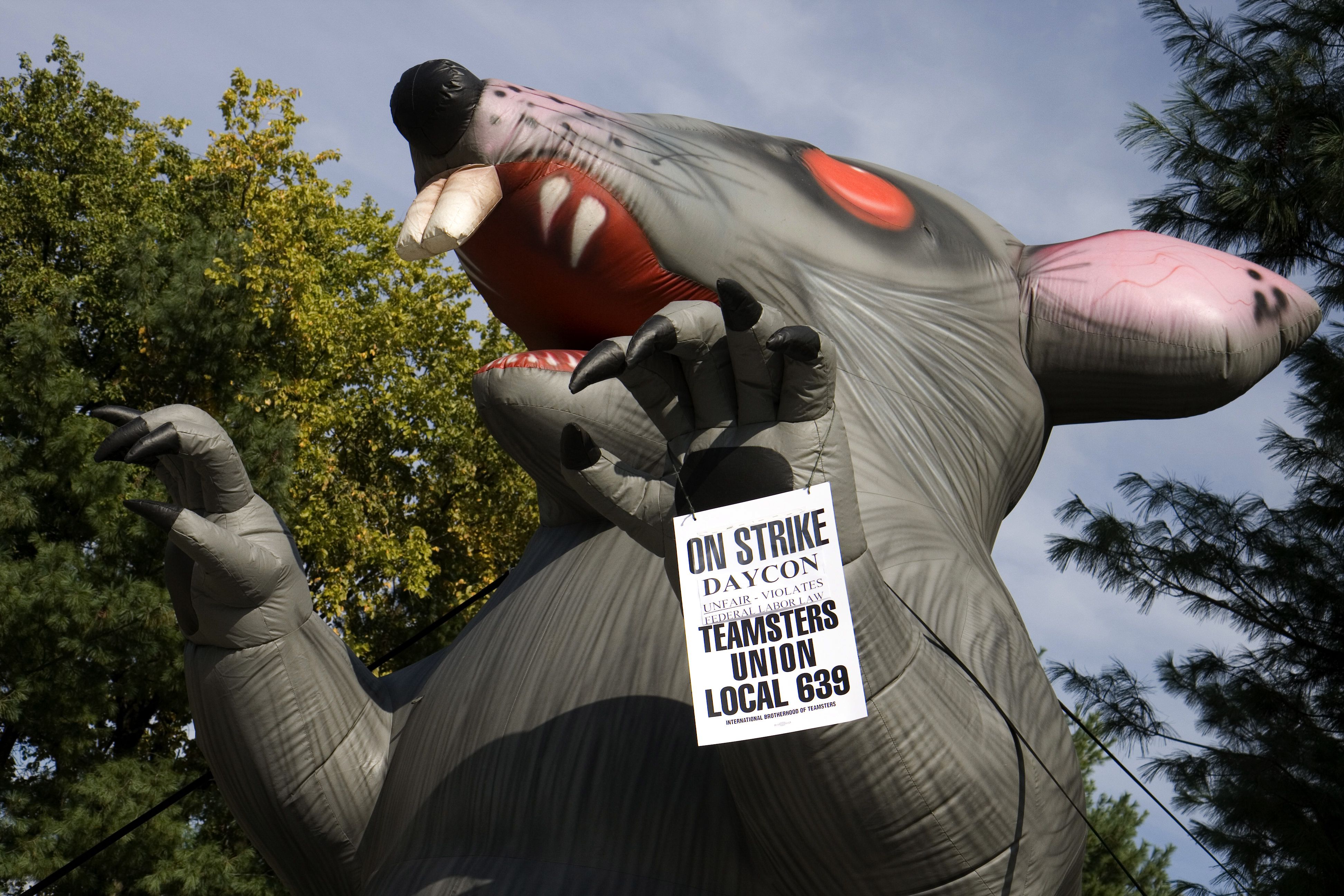 Now that Joe Biden has fired corrupt National Labor Relations Board general counsel Peter Robb, it appears that Scabby the Rat is safe for now.

Robb, a former union busting lawyer, has been on a jihad against the union mascot Scabby the Rate, First Amendment be damned.

Hopefully, the new NLRB council won’t be such a corrupt unethical bastard:

The fate of Scabby the Rat is up in the air after President Joe Biden forced out National Labor Relations Board general counsel Peter Robb, who had made it one of his top priorities to deflate the union protest symbol, and tapped a new acting general counsel on Monday.

Legal experts say those shake-ups could mean the end of Robb’s attempt to muzzle the ratbased on a legal theorythat unions violate the National Labor Relations Act when they deploy the fanged, red-eyed rodent in so-called secondary boycotts.

And the general counsel has the authority to decide which cases can continue to proceed before the board, said Alyssa Busse, a union-side attorney at Allison Slutsky & Kennedy PC, which could mean the end of cases that seek to upend precedent protecting the inflatable pest.

The general counsel’s office is challenging an NLRB administrative judge’s ruling that the display, which shamed Lippert “for harboring rat contractors,” may have embarrassed company officials but did not block customers or workers. Robb wanted the board to consider doing away with two Obama era decisions that gave workers the right to use banners and Scabby during secondary protests as long as they were not confrontational or disruptive.

In October, the NLRB sought public inputon whether it “should alter its standard” and limit workers’ rights to display the rat and banners during secondary protests.

Those comments, now submitted to the board, put the case even closer to a decision that could upend the current law, clarify it or leave it untouched.

But a more likely path is that the acting general counsel will drop the case against Lippert Components, according to Andrew D. Midgen, an attorney at labor-side firm Pitta LLP.

Whether the board issues a decision on the Lippert case, or another case pending at the board over Scabby, Ohr could also change the guidance to NLRB regional offices on how to handle relevant cases and what legal theories they must pursue, experts said.

Robb’s office issued multiple memos in recent years ordering regional offices to pursue cases in which unions allegedly violated the NLRA by using the rat and other long-recognized symbols of labor protests that often pop up during union demonstrations.

Here’s hoping that this is the beginning of a trend.

One of the worst things that Obama did when he got into office was to knife labor in the back by abandoning the  the Employee Free Choice Act.