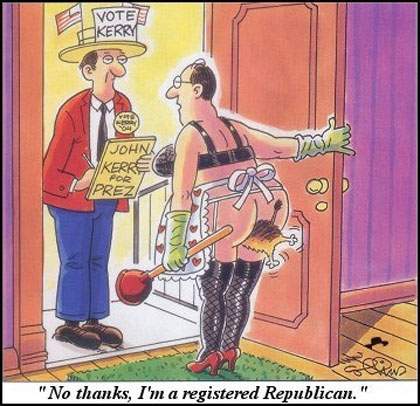 It’s good that we have people such as protecting our morality.

If they weren’t busy supervising our morals, they might actually be practicing theirs on a larger scale:

A former Republican Senate staffer was arrested in Washington on Friday on federal child pornography charges in what investigators said was a crackdown on an online group that traded numerous illicit files and videos in recent months.

Ruben Verastigui is accused of receiving and possessing child pornography between last April and this month, according to a criminal complaint in the U.S. District Court for the District of Columbia.

The 27-year-old was arrested Friday evening at his apartment in Northeast Washington, where police executed a search warrant. Investigators said they found “several files of child pornography” on his cellphone, along with a chat conversation in which he allegedly discussed exchanging the files and videos. During an interview with investigators, Verastigui admitted to receiving some of the files, according to the complaint.

Verastigui worked as a digital strategist for the Senate Republican Conference as recently as last July.

In one conversation in April, Verastigui allegedly told a user identified as “S-1” that pornography involving “babies” was his “absolute favorite.” The user later sent him a graphic video of child abuse, court records show, followed by nine more illicit clips the following day. During the same conversation, Verastigui asked that the user come to Washington “for the purpose of sexually abusing a minor,” records show.

Investigators said they identified Verastigui from a naked photo he took in his kitchen and sent to the chat. They said the details of the room and a tattoo visible on his left arm matched a picture from his Instagram account.

Verastigui was active in Republican politics, most recently working as a communications manager for the nonprofit Citizens for Responsible Energy Solutions, which supports Republicans who back clean-energy legislation. He was no longer employed at the organization as of Saturday, according to a statement provided by spokesman Ross Gillfillan.

He also worked as a digital strategist for the Senate Republican Conference as recently as July, meaning some of his alleged offenses took place while he was a congressional staffer. A conference spokesperson told The Washington Post in an email: “We have just learned about this investigation and arrest. The individual has not worked at SRC since July 2, 2020.”

Before that, congressional records show that Verastigui worked as a digital director for the GOP staff of the U.S. Joint Economic Committee in 2018. A spokesperson for former committee chairman Sen. Mike Lee (R-Utah) didn’t immediately respond to a request for comment.

A LinkedIn page for Ruben Verastigui says he also worked as a senior designer for the Republican National Committee in 2017 and 2018, designing social media ads for the Trump Make America Great Again Committee and Donald J. Trump for President. A committee spokesperson didn’t immediately respond to a request for comment.

According to the LinkedIn page bearing the name Ruben Verastigui, the user was involved in several antiabortion rights organizations before his work in government, including March for Life, Students for Life America and Live Action.

Students for Life confirmed Verastigui worked there from Sept. 5, 2014, to Dec. 2, 2016, after he was a student involved with the group.

At the 2013 March for Life rally, Verastigui was introduced as the president of his college’s Students for Life group, according to a C-SPAN video of the antiabortion rights event.

“We are the generation that has been led to believe that the killing of innocent pre-born children is okay,” he told the crowd. “How many of us are missing brothers, sisters, cousins, friends because of abortion?”

We’ve hears a lot of reports of fowl foul play among Republicans, and this one is worse, though tragically less strange than the auto-asphyxia death of a Jerry Fallwell ally a few years back.