It’s rather evocative, in an Adolph and Eva kind of way:

That shape looks familiar ……… Oh, right, it’s the Odal Rune, with wings, (Serifs) which was specifically created for: 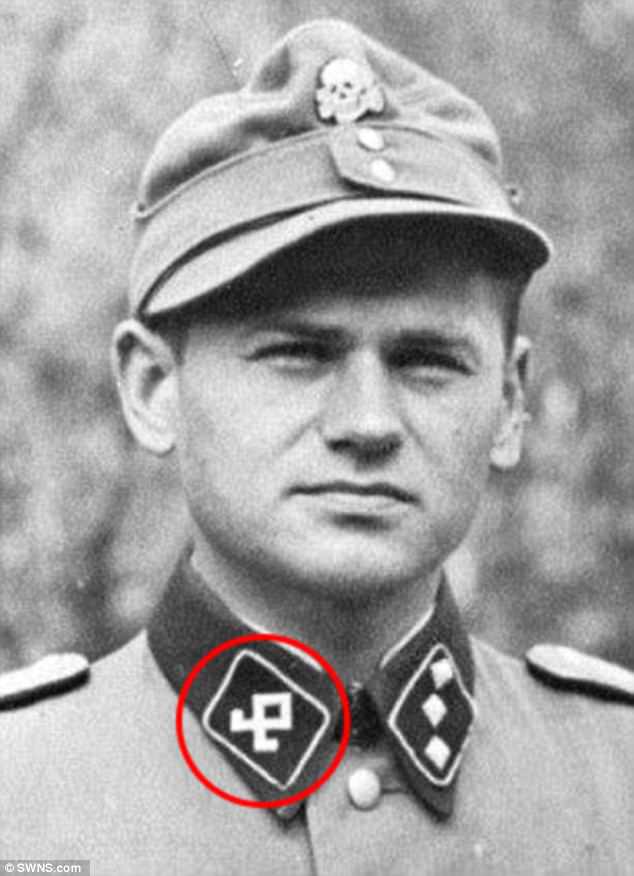 Yes, it was worn on the lapels of some SS units in the 2nd World War, and is different from the historical Odal rune (ᛟ), which has no wings. 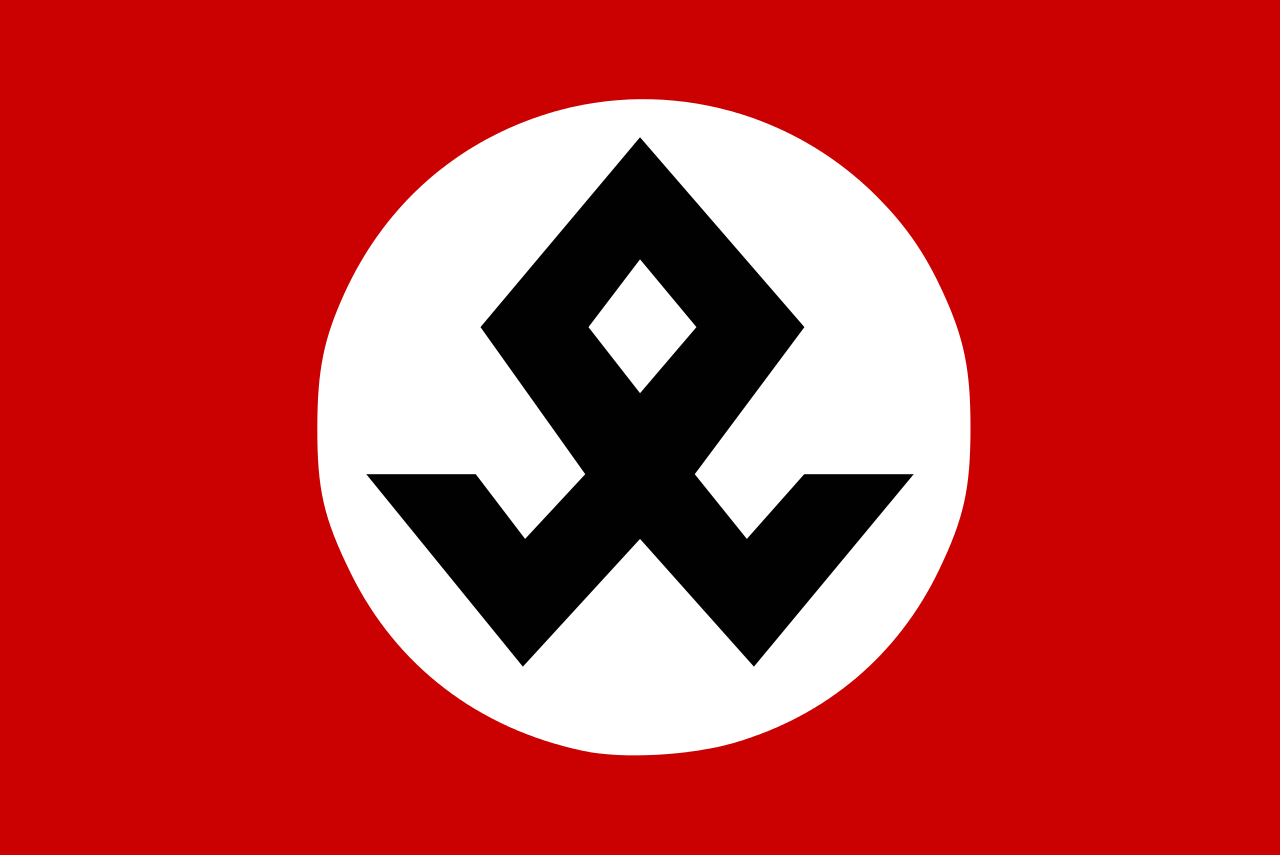 Here it is as the flag of the Flag of the Volksdeutsche 7th SS Volunteer Mountain Division Prinz Eugen, according to Wikipedia. 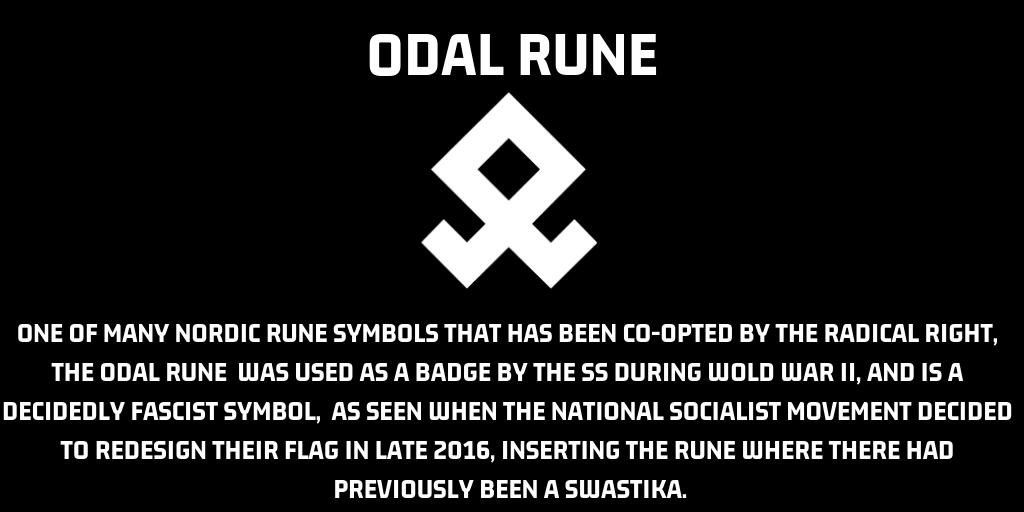 In recent years, actual NeoNazis have replaced the swastika with the winged Odal Rune in an attempt to mainstream their symboliam.

Also, I have some footage of the stage show at CPAC, and it’s a trip too:

My bad, that’s from the original 1968 version of the Mel Brooks film The Producers.

Still, this is whole affair is a complete mind f%$#.

On the bright side, it appears that at least the fascists are no longer denying who they are.