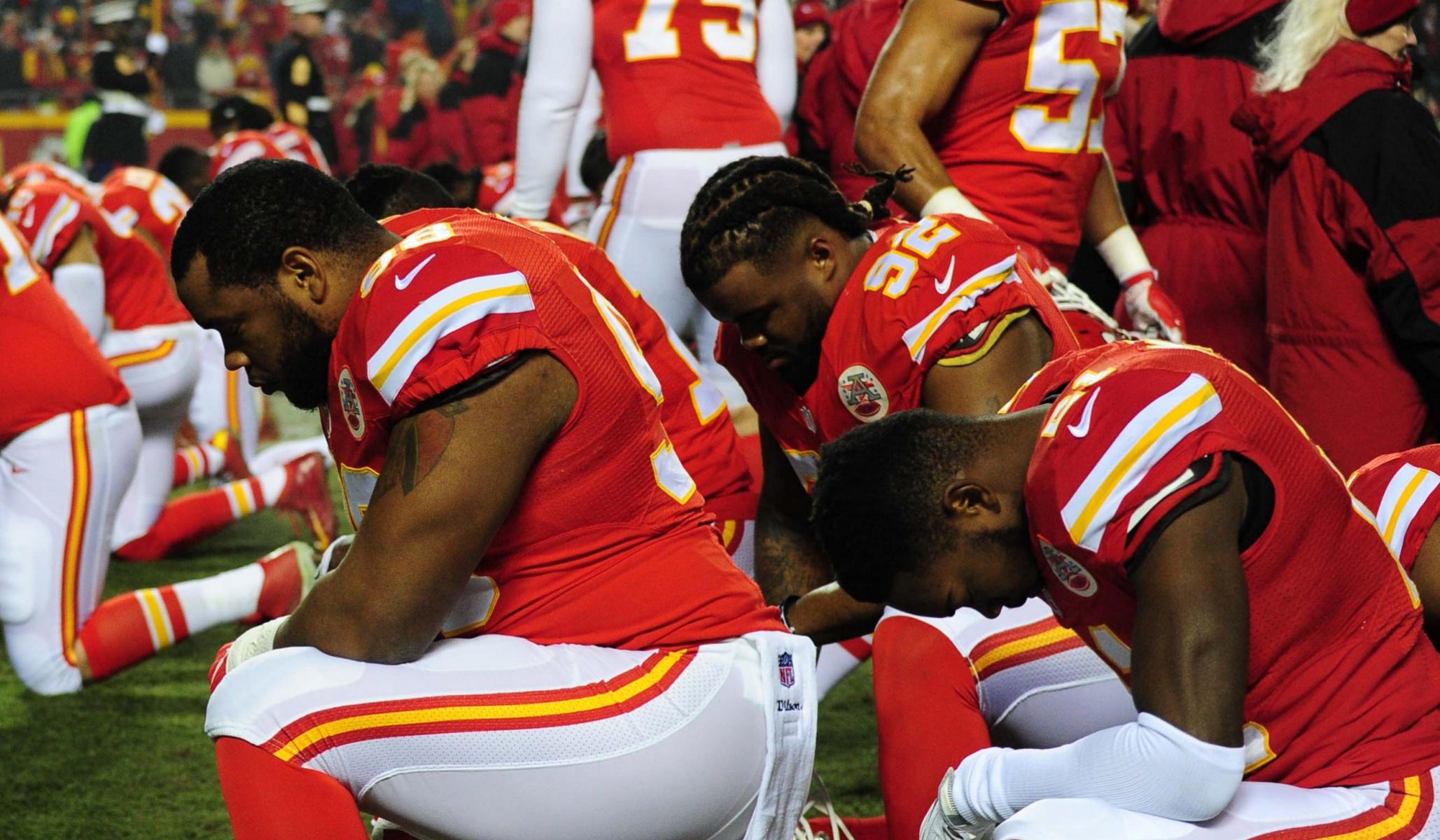 The National Review is siding with a black athlete over a white Republican.

I think that this is a sign of the apocalypse:

These ideals were articulated in the Declaration of Independence, codified in the Constitution, and defended with the blood of patriots. Central to them is the First Amendment, the guarantee of free expression against government interference and government reprisal that has made the United States unique among the world’s great powers. Arguably, it is the single most important liberty of all, because it enables the defense of all the others: Without the right to speak freely we cannot even begin to point out offenses against the rest of the Constitution.

Now, with that as a backdrop, which is the greater danger to the ideals embodied by the American flag, a few football players’ taking a knee at the national anthem or the most powerful man in the world’s demanding that they be fired and their livelihoods destroyed for engaging in speech he doesn’t like?

I guess that this falls in the, “Stopped clock,” category, but still, the National Review?

We are in Bizarro World.